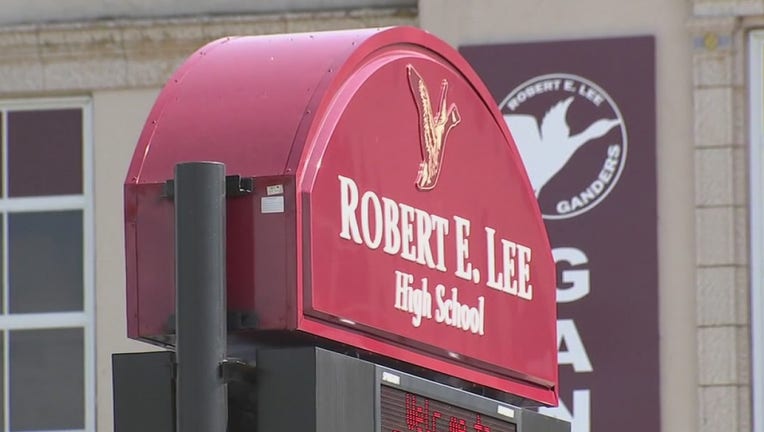 BAYTOWN, Texas - A board meeting for Goose Creek CISD lasted long into the night Wednesday as they discussed whether or not to rename Robert E. Lee High School in Baytown.

It is the last high school in Texas to bear the confederate general’s name, and for now, it will stay that way.

The board voted against changing the name of the high school.

They also approved forming a committee to investigate the possible renaming of current educational and auxiliary campuses.

FOX 26's Tiffany Justice spoke with those who don't want the school name to be changed.

Graduate Ginny Grimsley says it's been a heated debate since the 70s. She says the name is hurtful.

“It’s wrong, hurtful and oppressive,” said Grimsley. “I think that the effort hasn’t gone over really well and now we understand why there’s a lot of intimidation, harassment, and threats.”

On Wednesday, a group of supporters to keep the name gathered outside of the district’s administration building where the board meeting was held.

Steve Sivek is a graduate of the high school. He is part of the group, Save Robert E. Lee High School Baytown Texas, who’s trying to keep the name as is.

“The opposition side, which is made up of people from out of town, are pushing to get this changed and we don’t want it. We have generations who have gone to this school,” said Sivek.

He also disagrees with those who say the group has hurtful intentions.

“Their idea is that everyone who wants the name to remain is racist, which couldn’t be further from the truth,” said Sivek.