GM has recalled over 5.9 million airbags due to Takama airbag issues

HOUSTON - General Motors has been ordered to recall 5.9 million trucks and SUV's for Takata airbags.

That's in addition to 1.5 million of these deadly airbags that are still in many makes and models on Texas roads years after being recalled, according to CARFAX. 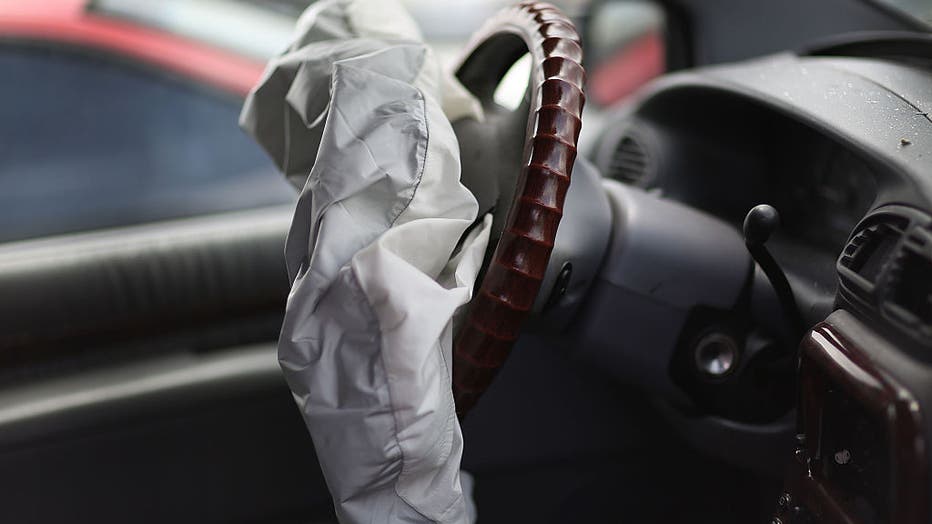 MEDLEY, FL - MAY 22: A deployed airbag is seen in a Chrysler vehicle at the LKQ Pick Your Part salvage yard on May 22, 2015 in Medley, Florida. The largest automotive recall in history centers around the defective Takata Corp. air bags that are found

Before you get on the road for Thanksgiving, no matter what type of vehicle you drive, you should check to see if you have a recalled Takata airbag and have it repaired.

"Even before the announcement today, we know there had been more than 11 million vehicles that had been on the road that had not been repaired," said Emilie Voss with CarFax.

Voss says that's 11 million vehicles across the U.S. where a recalled Takata airbag, exposed to heat and humidity, could explode and kill people with flying shrapnel.

General Motors, which fought the recall for years, wrote in a statement, "The safety and trust of those who drive our vehicles is at the forefront of everything we do at General Motors.

Although we believe a recall of these vehicles is not warranted based on the factual and scientific record, NHTSA has directed that we replace the airbag inflators in the vehicles in question.

Based on data generated through an independent scientific evaluation conducted over several years, we disagree with NHTSA’s position. However, we will abide by NHTSA’s decision and begin taking the necessary steps.”

This ruling comes just after NHTSA determined a man driving a BMW was killed by a recalled Takata airbag in a September accident in Arizona.  BMW says it's been working to contact owners of older BMWs with recalled airbags.

"We've seen now more than 18 deaths across the country linked to the Takata airbag recall.  So it's critical if you have any vehicle, make sure you check for those safety recalls," said Voss.

Two people in greater Houston are among those killed in Takata airbag incidents in years past.

CarFax urges drivers and used car buyers to run the vehicle identification number through their website, to check for recalls and have them fixed.

"I think a lot of people think it's a huge inconvenience to take it in.  We're all very busy.  But it's really important because you're talking about the safety of you and your loved ones and really everyone on the road," said Voss.

Drivers can see if their vehicle has an airbag or any other type of recall by checking these sites:
https://www.safercar.gov/
https://www.nhtsa.gov/recalls
www.SafeAirbags.com
www.carfax.com/recall/