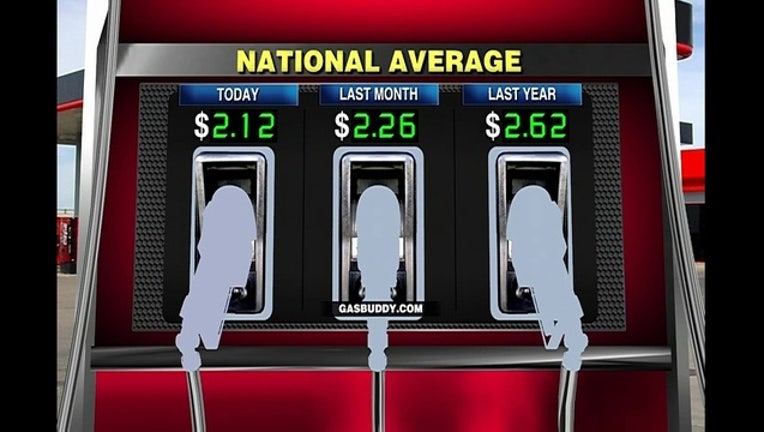 CAMARILLO, Calif. (AP) - The average price of gasoline in the U.S. has dropped six cents over the past two weeks to $2.16 a gallon for regular grade, industry analyst Trilby Lundberg said Sunday.

A drop in crude oil prices has driven a nine-week decline in costs at the pump, but those prices have strengthened in the past week and retail price drops are likely to be smaller or cease, Lundberg said.

The price has dropped 21 cents since a peak June 3. The average price is 55 cents lower than a year ago.

The Lundberg Survey found the average price of midgrade unleaded was $2.46 a gallon, and premium was $2.67.

The highest average price for regular gas in the contiguous U.S. was $2.70 a gallon in San Diego. The lowest was $1.81 in Jackson, Mississippi.

The U.S. average diesel price is $2.35 per gallon, down four cents from two weeks ago.