A 17-year-old is on life support after he was shot on I-10 while driving home with his family from an Astros game. Police are still looking for the gunman.

HOUSTON - A 17-year-old who had just left the Houston Astros game with his family was shot Tuesday night on Interstate-10 and is now on life support.

Houston Police have now released pictures from a surveillance camera of what’s believed to be the gunman’s car.

The teenager, who was shot on I-10 after enjoying an Astros’ game at Minute Maid Park, is the son of long-time HISD educators.

"I can not even begin to imagine what they’re going through right now," says Former Houston Teacher’s Federation President Zeph Capo who says a Facebook post late Tuesday from Paul Castro of Paul and his two sons at the Astros game put a smile on his face.

"That was the last thing I saw last night," Capo says with tears in his eyes.

Then the grieving father made two more posts pleading for prayers after Castro’s 17-year-old son was shot as the father and his sons drove along I-10 after leaving the Astros game.

"I’m heartbroken for both Paul and Sarah. I’ve known Paul for quite some time. Both he and his wife were long-time educators in HISD," says Capo.

Houston Police say the man, who fired a single shot through the family’s vehicle, may have been driving a white 4-door Buick with a sunroof that was captured by surveillance cameras. 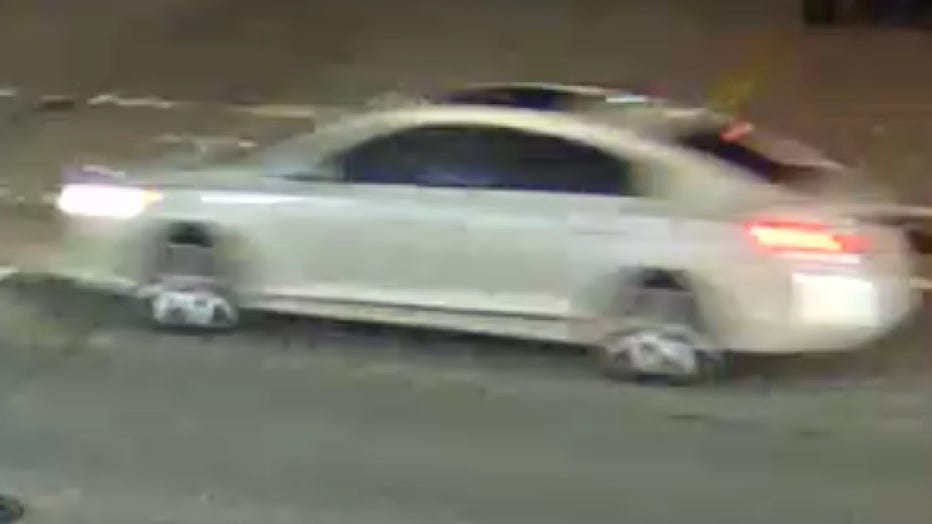 "Is this where we are as a society?" Capo asks. "We hear consistently from our leaders in state government about people’s second amendment rights. Well, where are the rights of the Castros to go to a baseball game without something like this happening?"

Detectives are still trying to figure out if the shooting was a result of road rage. However, HPD Sr. Officer Margarito Perales says since re-opening after the pandemic closures more people are driving angry on Houston roads, showing aggression toward others who are phoning in for help.

"There has been an increase in road rage lately," adds HPD Sr. Officer Margarito Perales. "Calling in, in regards to aggressive drivers, road rage drivers or drivers following other drivers in a dangerous way."

"It’s not going to stop until we start catching some of these individuals who are just pulling out their guns, no respect of persons, and just shooting people just because," Mayor Sylvester Turner said. "If you know who these people are turn them in."

Police also suggest if a driver becomes aggressive toward you for you to slow down, exit if you can, and get away from the driver without engaging with them, and don’t hesitate to call 911 for help.

"Don’t take other driver's mannerisms and their driving personally. If you see something dangerous that you believe to be dangerous call the police," explains Officer Perales.

As for the Castro family, loved ones and concerned residents continue to hold out hope.

"My thoughts and whole self go out to his family," says Capo. "I can’t imagine. Nobody should have to go through this."