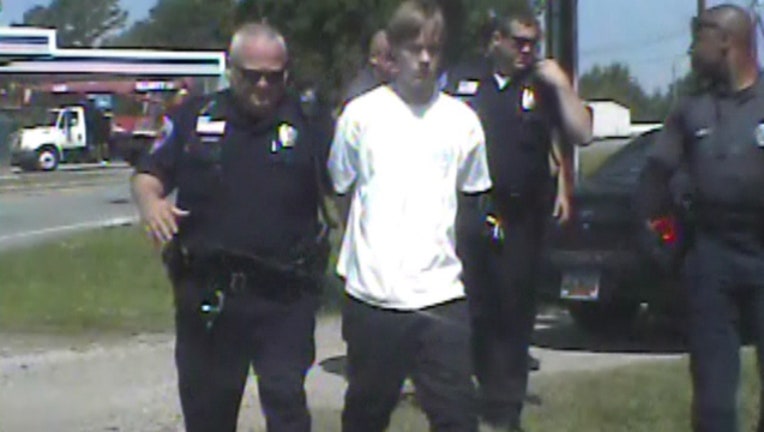 Joey Meek is a friend of Dylann Roof, pictured here being arrested in Shelby, North Carolina after allegedly shooting and killing nine in a Charleston church, has plead not guilty to lying to investigators.

The friend of Dylann Roof, accused of killing nine black churchgoers in Charleston, has pleaded not guilty to charges of lying to authorities and concealing information about the crime.

Twenty-one-year-old Joey Meek pleaded not guilty before a federal magistrate in Columbia on Friday.

The magistrate set a bond of $100,000. It was not immediately clear if he would be able to make bail.

Meek is accused of knowing what Dylann Roof was planning June 17 in Charleston and failing to tell anyone about it. He also is accused of lying about the situation when he was questioned.

Meek answered standard questions from the judge. Several family members, including his mother and one of his brothers, sat behind him in court.

His mother would not talk with reporters after the hearing.