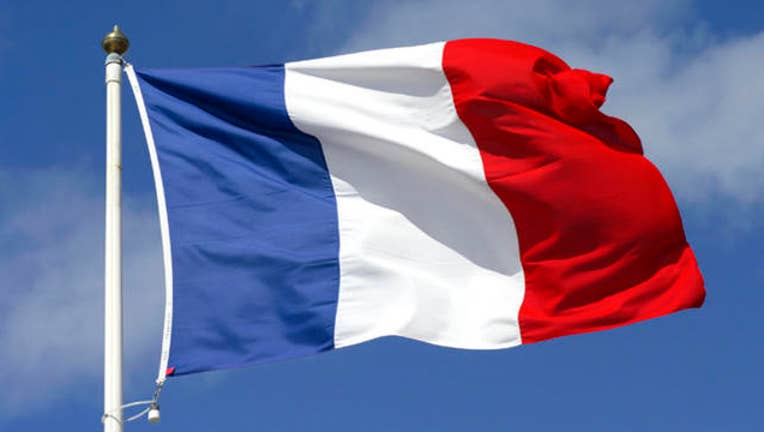 PARIS - PARIS (AP) — A subdued France paid homage Friday to those killed two weeks ago in the attacks that gripped Paris in fear and mourning, honoring each of the 130 dead by name as the president pledged to "destroy the army of fanatics" who claimed so many young lives.

With each name and age read aloud inside the Invalides national monument, the toll gained new force. Most, as French President Francois Hollande noted, were under the age of 35, killed while enjoying a mild Friday night of music, food, drinks or sports. The youngest was 17. The oldest, 68.

Throughout Paris, French flags fluttered in windows and on buses in uncharacteristic displays of patriotism in response to Paris' second deadly terror attack this year. But the mood was grim, and the locked-down ceremony at the Invalides national monument lacked the defiance of January, when a million people poured through the streets to honor those killed by Islamic extremist gunmen.

Hollande, who in January locked arms with world leaders in a show of global unity against terrorism, sat alone in a hard-backed chair in the cavernous Invalides courtyard, the assembled mourners behind him as victims' names were recited. France's military provided the only images of Friday's ceremony, and no one without an invitation was permitted inside.

The night of Nov. 13, three teams of suicide bombers and gunmen struck across Paris, beginning at the national stadium — where Hollande was among the spectators — and ending in the storming of the Bataclan concert venue. In all, 130 people died and hundreds were injured. The crowd at the stadium shakily sang France's national anthem as they filed outside that night; a military band played the Marseillaise again on Friday, lingering slightly on the refrain: "Aux armes, citoyens!"

The courtyard went silent after the reading of the names finished, broken finally by a mournful cello. Hollande stared straight ahead, before finally rising to speak.

"To all of you, I solemnly promise that France will do everything to destroy the army of fanatics who committed these crimes," Hollande said.

The speech was dedicated above all to the dead and France's young.

"The ordeal has scarred us all, but it will make us stronger. I have confidence in the generation to come. Generations before have also had their identity forged in the flower of youth. The attack of Nov. 13 will remain in the memory of today's youth as a terrible initiation in the hardness of the world. But also as an invitation to combat it by creating a new commitment," he said.

Hollande noted that many of the dead, especially those at the Eagles of Death Metal show at the Bataclan, had careers in music — a music he said the attackers found intolerable.

"It was this harmony that they wanted to break, shatter. It was this joy that they wanted to bury with the blast of their bombs. Well, they will not stop it. We will multiply the songs, the concerts, the shows. We will keep going to the stadiums, and especially our beloved national stadium in Saint-Denis. We will participate in sports gatherings great and small. And we will commune in the best of emotions, without being troubled by our differences, our origins, our colors, our convictions, our beliefs, our religions. Because we are a single and unified nation, with the same values."

Hollande imposed a national state of emergency hours after the attacks, allowing wide extrajudicial powers including warrantless searches and house arrest. The government said it was temporarily pulling out of the European Convention on Human Rights, and some activists have expressed concerns about indiscriminate police roundups.

Two named fugitives are wanted in connection the Nov. 13 attacks — Salah Abdeslam, whose brother was among the suicide bombers and who is believed to have fled for Belgium that night, and Mohamed Abrini, whose role has never been made clear. Seven attackers died on Nov. 13. Five days later, the Belgian suspected of planning the attacks, his female cousin and another unidentified man were killed in a police raid near the national stadium. The Paris prosecutor said the mastermind, Abdelhamid Abaaoud, planned another imminent suicide attack in the city's main business district.