Pierre Zakrzewski, described as a veteran Fox News cameraman, died after being injured alongside journalist Benjamin Hall in Ukraine on Monday. A young local journalist working with the team was also killed.

"It is with great sadness and a heavy heart that we share the news this morning regarding our beloved cameraman Pierre Zakrzewski. Pierre was killed in Horenka, outside of Kyiv, Ukraine," Scott said.

"Pierre was a war zone photographer who covered nearly every international story for FOX News from Iraq to Afghanistan to Syria during his long tenure with us," she added in an update posted to FOXnews.com. "His passion and talent as a journalist were unmatched." 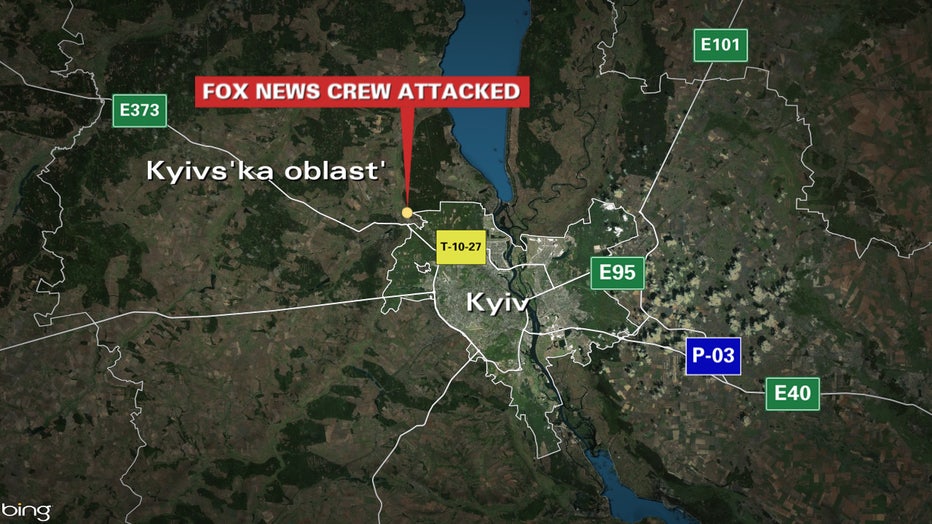 Sasha Kuvshynova, 24, was serving as a consultant for FOX in Ukraine. According to Scott, she was helping crews navigate Kyiv and the surrounding area while gathering information and speaking to sources.

"She was incredibly talented and spent weeks working directly with our entire team there, operating around the clock to make sure the world knew what was happening in her country," Scott wrote. "Our team in Ukraine tells me that Sasha had a passion for music, the arts and photography and was a joy to work with. Several of our correspondents and producers spent long days with her reporting the news and got to know her personally, describing her as hard-working, funny, kind and brave. Her dream was to connect people around the world and tell their stories and she fulfilled that through her journalism." 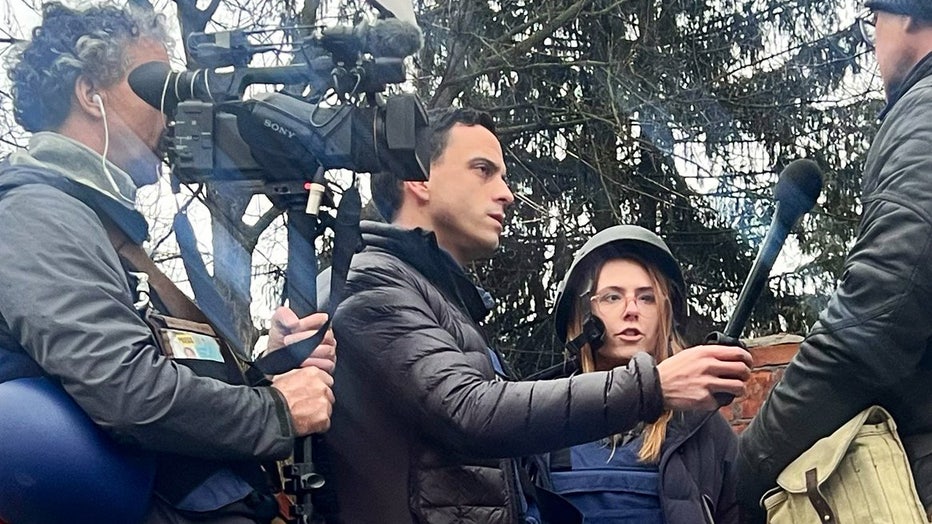 The war has killed hundreds of civilians and injured thousands, while the number of military casualties is not yet known.

On Sunday, American journalist and former New York Times contributor Brent Renaud was killed outside Kyiv in Irpin, a suburban town that has seen intense fighting in recent days as Russian troops approach the capital city. That attack injured another journalist as well, according to Ukrainian officials.

Fox News reporter Benjamin Hall has been injured while reporting on the war between Ukraine and Russia. Hall was located right outside of Kyiv when he was injured and has been hospitalized. Hall has three young daughters at home.

A vehicle carrying the group of FOX journalists was struck by incoming fire outside of Kyiv on Monday, but specific details about the attack were still not immediately clear. Hall remains hospitalized.

Several FOX reporters shared their grief on Twitter as news about the deaths spread Tuesday.

"I worked with Pierre many times around the world. He was an absolute treasure," veteran FOX journalist John Roberts tweeted. "Sending our most heartfelt prayers to Pierre's wife and family."

"Pierre was a constant in all of our international coverage. I, like countless others, always felt an extra sense of reassurance when arriving on the scene and seeing him with camera in hand," Fox News President and Executive Editor Jay Wallace said Tuesday. "The legacy of his positive spirit, boundless energy and eye for the story will carry on."