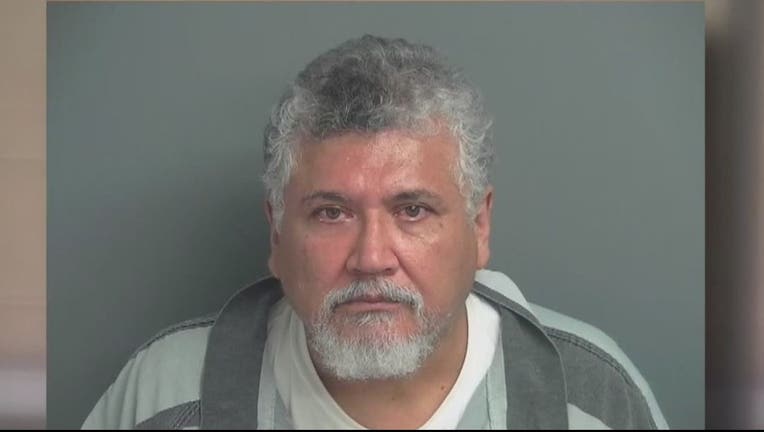 CONROE, Texas - A former Conroe priest will be sentenced to prison after he pleaded guilty to two charges of indecency with a child, the Montgomery County District Attorney’s Office says.

“This is an important case. It’s important to our community, it’s important to these victims, and it’s important to the church," Distict Attorney Brett Ligon said in a statement. "A wrong was committed, and it had to be made right. We were prepared to go to the ends of the earth to make it right, and, to the best of our ability, it has been made right. We hope that with time the wounds this man so selfishly created will heal and that even the scars will fade. Mr. La-Rosa despised everything we hold dear. He can now consider all the harm he’s caused from a prison cell."

Officials say the charges stem from two decades ago when La Rosa-Lopez was a priest at Sacred Heart Catholic Church in Conroe.

Authorities say two people reported the abuse to Conroe police in 2018. La Rosa-Lopez was arrested on September 11 that year. Officials say two more victims came forward after his arrest and reported that La Rosa-Lopez abused them when they were children.

According to the district attorney’s office, the victims were between the ages of 13 and 16 at the time and were heavily involved in the Catholic Church, considering La Rosa-Lopez as their spiritual leader and mentor.

The district attorney’s office says the victims reported La Rosa-Lopez kissing them, exposing himself to them and touching them inappropriately on numerous occasions.

In a statement, prosecutors Nancy Hebert and Wesley LeRouax said, “We want to commend the bravery and strength of the victims who came forward and stood strong despite the spotlight this case has shined on their lives. Their steadfast desire to obtain justice after 20 years is inspiring. We also want to thank the law enforcement and District Attorney personnel who put in countless hours to collect and sort through a tremendous amount of evidence. This was a complete team effort.”