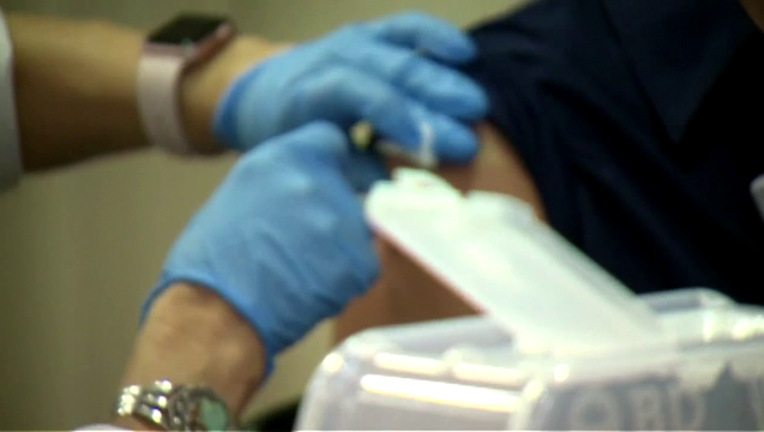 NEW YORK (AP) - The flu vaccine is doing a poor job protecting older Americans and others against the bug that's causing most illnesses.

There's only been one other time in the last decade when the flu vaccine did a worse job.

Most illnesses this winter have been caused by a nasty kind of flu called Type A H3N2. The vaccine was only 25 percent effective against that type.

This kind of virus tends to cause more suffering and have been responsible for the worst recent flu seasons. But experts have wondered whether low vaccine effectiveness is another reason for the surprisingly severe season hitting the United States this winter.

Based on these numbers, the answer is yes.

"The fact that the vaccine doesn't work as well as we would like is clearly a contributing factor," said Dr. William Schaffner, a Vanderbilt University vaccine expert.

The estimates were published by the Centers for Disease Control and Prevention.

The numbers are a snapshot taken in the middle of a frantic flu season. They are based on relatively small numbers of people and they are considered preliminary. Numbers may change as the season continues and more patients are added to the study.

And experts say it's still worth getting a flu shot. It still provides some protection, it can lessen the illness's severity, keep people out of the hospital, and save lives. There are as many as 56,000 deaths connected to the flu during a bad year.

"Any type of vaccine is better than none," said Scott Hensley, a University of Pennsylvania microbiologist who has led studies that raised critical questions about the vaccine.

The effectiveness estimates come from the tracking of about 4,600 children and adult patients in five states. To make the effectiveness calculations, researchers tracked who got the flu, and who among them had been vaccinated.

The vaccine worked relatively well in young children, but it performed worse in older people, including seniors who are most vulnerable. Against H3N2, the vaccine was 51 percent effective in children ages 6 months to 8 years. In every other age group, the numbers were low, falling in a range that made them essentially ineffective in preventing flu, statistically speaking.

That includes people 65 and older, a group that tends to suffer the highest hospitalization and death rates during H3N2 seasons. If the preliminary numbers hold, it will mean that in five of the last eight flu seasons, vaccine was essentially ineffective in seniors.

"The vaccines that we have today are not the ones that we'd like to have in 10 years," she said.

Scientists think part of the reason for that has to do with when people are born and what kind of flu viruses they're first exposed to in life. Most seniors were first exposed to H1N1 viruses and their bodies seem to handle them better, but H3N2 viruses - which didn't spread broadly in the United States until the late 1960s - seem to be harder for their bodies to deal with.

But some researchers say part of the problem is tied to how 85 percent of the nation's flu vaccine doses are made. Manufacturers grow flu viruses in chicken eggs. But the viruses can mutate in the eggs, and researchers are finding vaccine from the egg-grown viruses is not a good match to the H3N2 flu bugs in people.

Some research suggests that newer vaccines, using newer production methods, seem to work better against recently circulating H3N2 strains, but not enough people in the effectiveness study got those kinds of shots to compare performance.