One person was injured and two buildings were destroyed in a fire in South Montgomery County on Monday, officials say.

The Montgomery County Fire Marshal’s Office says the investigation remains active into the multiple alarm fire in the 2100 block of Old Ox Road. 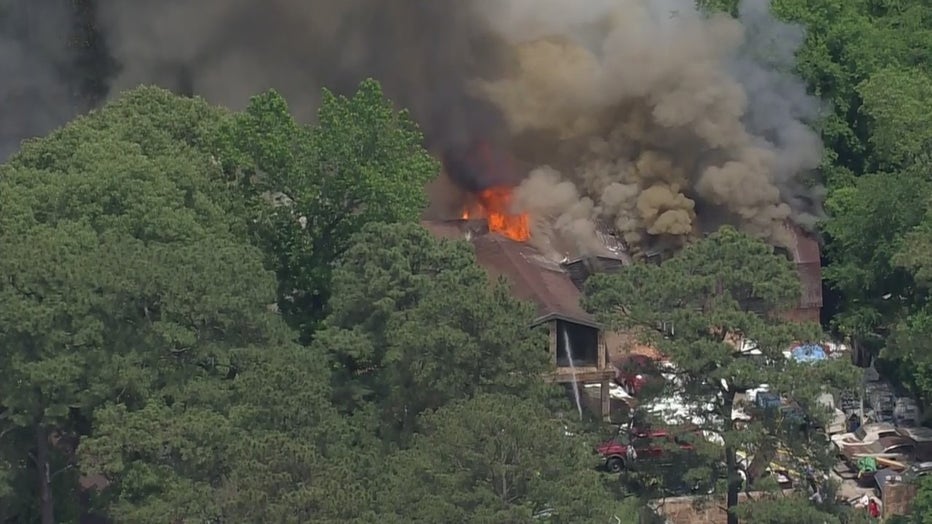 Officials say nearly a dozen fire crews responded to the scene within the first 10 minutes along with EMS crews from the Montgomery County Hospital District.

Officials say three EMS crews and an EMS Supervisor responded to check for injuries and monitor the health of the firefighters.

Investigators from the Montgomery County Fire Marshal’s Office responded to the scene and began an investigation. MCFMO says investigators are still on scene Tuesday examining the extensive damage and interviewing witnesses.

According to MCFMO, initial witness reports indicate that a flammable liquid was being transferred as part of a commercial manufacturing operation when a flash fire ignited, leaving one person with non-life-threatening burns.