The U.S. Drug Enforcement Administration has issued a warning for parents after the discovery of fentanyl disguised as children's chewable vitamins. LiveNOW from FOX's Josh Breslow spoke with FOX 5 DC's Bob Barnard about that warning.

A team of researchers at the University of Houston may have developed a "vaccine" blocking the ability of the dangerous synthetic opioid fentanyl to enter the brain.

The findings, published late last month in the journal Pharmaceutics, have been described as a potential game changer in addressing an epidemic that has claimed thousands of American lives. 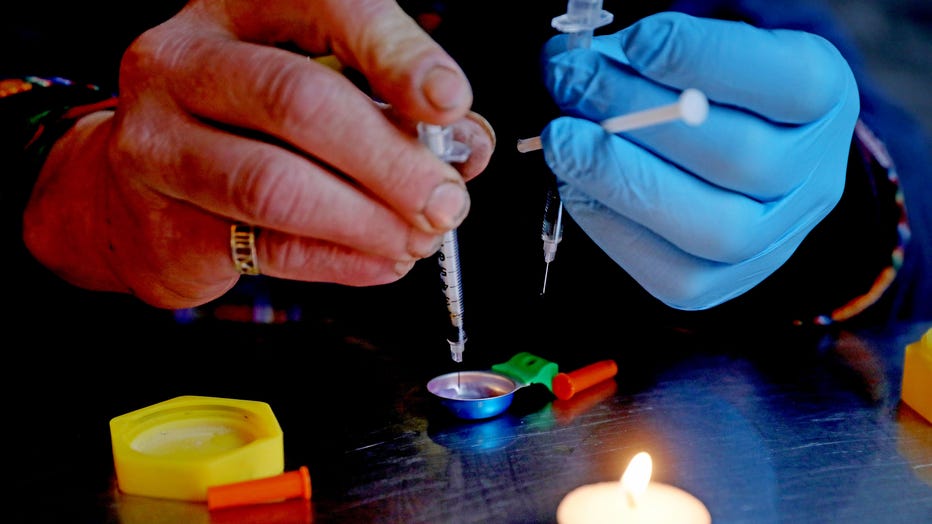 Geoffrey Bordas, 37, of Ontario, a fentanyl addict who also works at the Overdose Prevention Society (OPS), prepares an injection of fentanyl to be given to himself at OPS in the Downtown Eastside (DTES) neighborhood on Tuesday, May 3, 2022 in Vancou

The study’s lead author, research associate professor Colin Haile, said the vaccine is able to generate "anti-fentanyl antibodies that bind to the consumed fentanyl and prevent it from entering the brain, allowing it to be eliminated out of the body via the kidneys."

"Thus, the individual will not feel the euphoric effects and can ‘get back on the wagon’ to sobriety," he said.

He added that the anti-fentanyl antibodies were specific to that, and a fentanyl derivative did not cross-react with other opioids like morphine. This means that a person vaccinated for fentanyl could still be treated with other opioids.

Though Opioid Use Disorder (OUD) is treatable, around 80% of those dependent on opioids suffer a relapse, according to research.

Clinical studies on the vaccine did not cause adverse side effects in the immunized rats involved. The research team will manufacture clinical-grade vaccines with clinical trials in humans in the coming months.