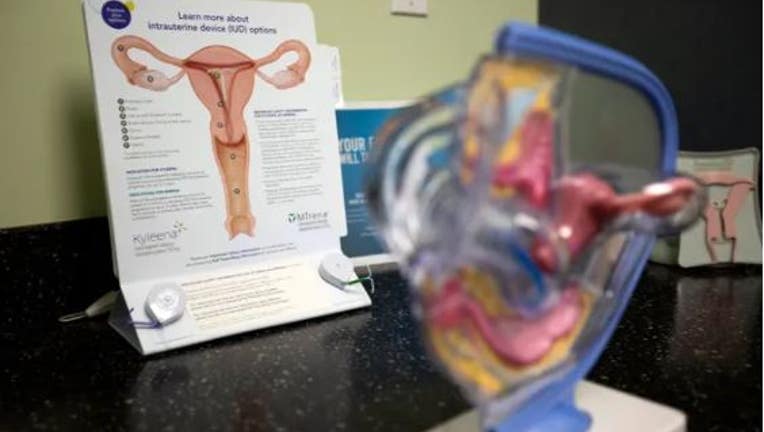 The federal government announced Friday it is allocating $10 million for emergency contraception and family planning services for Texans in the state and around the country who are impacted by a near-total abortion ban. Credit: Eddie Gaspar/The Texas

**EDITOR'S NOTE: The headline to this story has been shortened from its original length**

The federal government announced Friday it is providing additional funding to Austin nonprofit Every Body Texas to address a potential increase in clients’ need for emergency contraception and family planning services now that Texas prohibits abortions as early as six weeks into pregnancy.

Health and Human Services Secretary Xavier Becerra said in a release Friday that the Office for Population Affairs will award funding to the group, which is the statewide administrator of the federal Title X funding program, which provides family planning and reproductive health services to low-income patients.

Friday’s move comes as the Biden administration is challenging Texas’ near-total ban on abortion in court.

The federal government is also launching a new funding program that allows any entity across the country, regardless of if it receives Title X funding, to apply and receive additional money to provide reproductive and family planning services to patients impacted by Senate Bill 8.

There is $10 million available for these two programs, though it is unclear how much Every Body Texas is receiving directly. According to the federal government’s website, the grant application for the new program, called Funding to Address Dire Need for Family Planning Services, says they expect to award 10 grants between $150,000 and $1.5 million by the end of this year. The announcement said Every Body Texas must use the money provided by March 31.

Neither Every Body Texas nor the federal government immediately responded to questions.

But the group thanked Becerra on Twitter Friday afternoon for the additional funding.

"In light of #SB8, free and low-cost access to EC is more important than ever," the group wrote.

Becerra also issued a memorandum detailing two federal statutes he says his department would enforce to provide protection for patients who may need an abortion and health care providers who assist pregnant patients in certain situations.

"​​Today we are making clear that doctors and hospitals have an obligation under federal law to make medical decisions regarding when it’s appropriate to treat their patients," Becerra said in a release. "And we are telling doctors and others involved in the provision of abortion care, that we have your back."

It was not immediately clear late Friday how Becerra’s memorandum would impact people’s ability to access an abortion in Texas or providers’ willingness to perform the procedure.

The two federal laws Becerra referred to include the Emergency Medical Treatment and Labor Act and the Church Amendments. The federal government issued a memorandum reminding health care providers that patients who appear in the emergency room must receive appropriate medical screening, stabilizing treatment, and a transfer, in or out of state, regardless of state laws, including pregnant patients or patients experiencing a pregnancy loss.

Becerra said the federal government would impose civil monetary penalties against hospitals or physicians if they violate that law.

Second, the federal Office of Civil Rights released guidance about the Church Amendments, which prevent discrimination against health care personnel who object to performing an abortion because of their religious beliefs. Those amendments also protect health care providers from discrimination if they do assist or perform a lawful abortion, such as an abortion where federal funds are used to end pregnancies that result from rape or incest or to save the life of the pregnant person.

Gov. Greg Abbott did not immediately respond to a request for comment regarding the announcement.

A national anti-abortion group, The Susan B. Anthony List criticized the Biden administration in a press release Friday evening.

"Texas is not California, no matter how hard Xavier Becerra tries to export his pro-abortion legacy," Marjorie Dannenfelser, the group’s president, said in a statement referring to Becerra’s home state.

SB 8, which took effect Sept.1, bans abortions whenever an ultrasound can detect what lawmakers define as a fetal "heartbeat," though medical experts say that phrase is misleading because embryos don’t possess a heart at that developmental stage.

Rather than the state enforcing the law, it relies on private citizens to sue abortion providers and anyone who helps a pregnant person receive an abortion after fetal cardiac activity is detected.

Abortion rights advocacy groups have said the law could affect at least 85% of abortions provided in the state. Since the law went into effect, many providers have canceled procedures or denied care to patients.

This story originally appeared in The Texas Tribune.