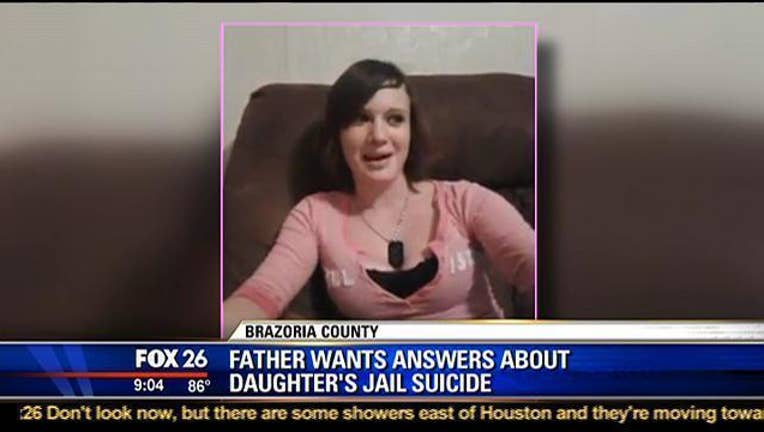 She was human,” says John Gray referring to his daughter Victoria. “She didn’t get treated like a human.”

“She suffered from both bi-polar and schizophrenia,” her father said.

Over Labor Day weekend last year Gray was placed in the Brazoria County Jail for violating her probation allegedly missing curfew and not taking her medication.

“The mental health police picked up my daughter not the regular police,” Gray said.

“It was Gray’s second stint in that county’s jail in just a three month period.

“And she had actually attempted to hang herself then,” her father said. “They actually had to cut her down.”

Gray’s father says it had to be clear to jailers at Brazoria county that his teenage daughter was suicidal but it’s not known if she was placed on suicide watch.

Gray says he’s done everything he can to get Brazoria County to turn over jail videos of his daughter and documents pertaining to her death.

What he says is the complete opposite in Waller County with Sandra Bland’s jail suicide.

“I just can’t believe they can release that video even before the funeral,” Gray said. “I’m sitting here 10 months later and I haven’t seen anything.”

Gray has filed a wrongful death suit against Brazoria County.

Gray says if someone like his daughter can’t be saved from committing suicide in jail then no one can.

“She came into this jail saying I’m going to kill myself,” Gray said. “And she was able to leave this jail dead.”