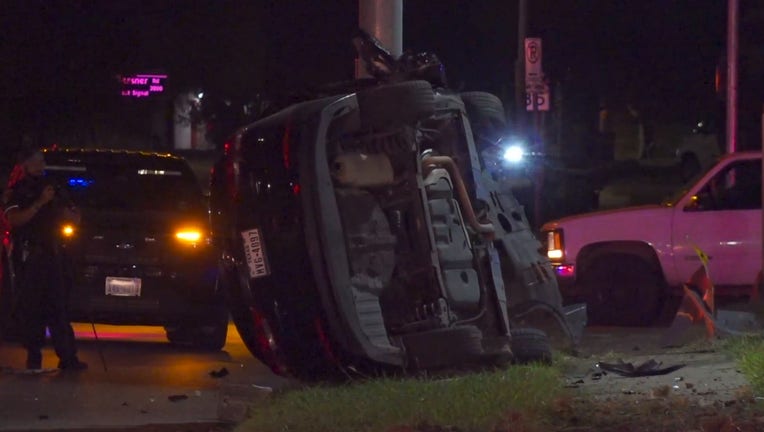 HOUSTON - A crash near Sharpstown this morning has left one woman dead and police investigating.

According to investigators, a young woman, 25, was driving a black Hyundai Elantra westbound near 9500 Richmond Avenue around 3:30 a.m.

Police say for unknown reasons, the car left the road and hit a light pole. It then struck two signs, hit a second light pole, and landed on its side. One pole was completely removed from the ground, reports say.

Houston Fire Department paramedics pronounced the woman dead at the scene. There were no other cars or people involved in the crash.

The woman's identity is pending verification by the Harris County Institute of Forensic Sciences.

Police are continuing to investigate what caused the crash.