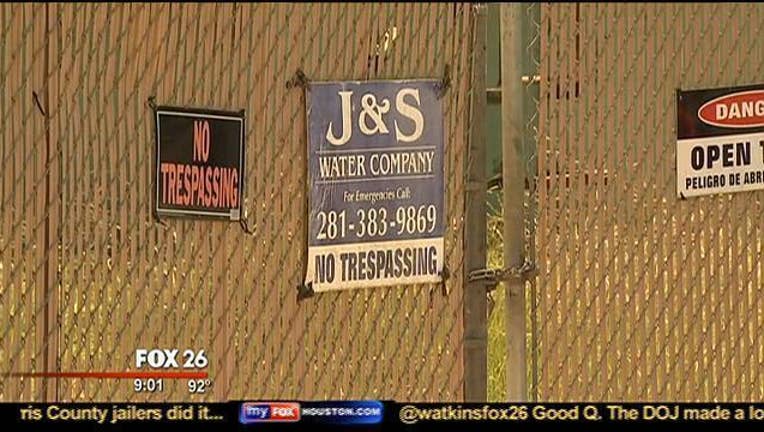 So when residents in Old River Winfree turn on the faucets they see worms coming out?

"Yes worms come out of it and if you fill up your bathtub and you put the plug in you can see worms in your bath water literally floating around in it," said Karen Lowe.

What was Leona Porras's reaction when she first noticed worms in the water?

"I was grossed out I felt sick to my stomach," Porras said. "You're thinking I drank these things I showered with these things."

Joe Landry the mayor of Old River Winfree says there's a problem with the water being supplied by J and S Water Company.

The mayor says some 200 homes are affected.

"The water company is not communicating with us at all as far as any direction or what they're doing they just told us the chlorination went out and they had an electrical problem," Landry said.

Residents say the water was off for awhile on Monday.

A representative with J and S water company says he's not doubting what the residents are saying about the worms but the company hasn't seen any.

Still he says the entire system was flushed and chlorinated.

Needless to say the worms in the water have many residents concerned.

"You sit in the tub you got worms in your tub where are they going if they're crawling up you," said Mitchell Schexnazider.

A representative with the Texas Commission on Environmental Quality is expected to test the water by Friday.

The water company and the city are offering g residents bottled water and are urging residents to boil the water before using it.