LANCASTER, Texas - Lancaster police are continuing to search for Wesley Robinson, who was last heard from three week ago, and his family traveled from Houston on Father's Day to help in the search for the 36-year-old.

Robinson is from Bryan, but his family said he came up to North Texas the weekend of May 30 to help move furniture with a friend and has been missing since.

His family said this is highly unusual behavior for him.

Sunday, his family blocked off Father’s Day to look for him. It’s a day his mother said he would want to spend with his children.

"I am not accusing anybody of anything. I just want my son to come home," Wesley’s mother, Betty Robinson.

Betty headed back to the Houston area Sunday after searching in the North Texas heat for any sign on her son.

"He’s a good dad, and he wouldn’t do anything like this and be missing and not call home," she added.

Lancaster police are now doing everything they can to find the father of three.

On Father’s Day, Wesley’s family and friends rented a charter bus from Houston to Lancaster, hoping to find answers themselves. 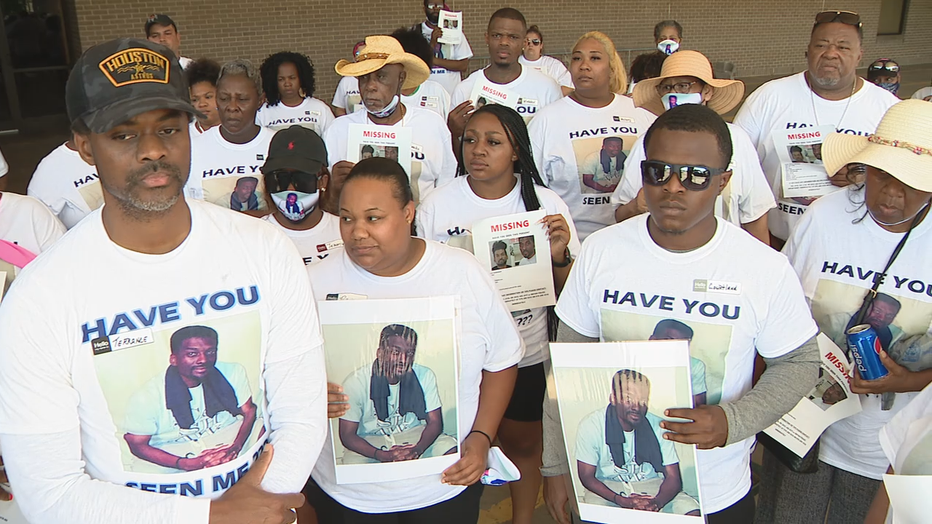 "We are out here pounding the pavement today," they said.

His 14-year-old daughter was among the 60 people hanging up flyers and knocking on doors.

All Wesley’s mother has to hold on to is a panicked phone call made to her by her son on May 30.

"In the tone of his voice, I heard it," Betty recalled.

She said she knew he was in the Dallas area helping a friend with a moving job.

"And then the phone went dead. I haven’t heard from him or seen him since that day," she said.

According to Lancaster police, Wesley’s last known location was off Reynolds street, and he was seen by himself.

Police said there is no indication Wesley is danger, and there are no suspects or persons of interest at this time.

However, his family says it doesn’t add up.

"In my heart, I feel something real bad and I don’t want to feel this way," Betty said.

"This behavior is not my brother, in no way shape or form," Wesley’s brother, Terrance Robinson, said.

After putting up flyers, they loaded up and headed back south on Interstate 45 Sunday evening, continuing to wonder, what exactly happened.

"I don’t care what it is. I want him to come home and come home safe," Betty said.

Wesley’s family said police did ping his phone in the area of Reynolds Street, but they didn’t find anything when they searched the area Sunday.

They asked several neighbors to check their Ring doorbell cameras for any clues.