Harris County and the City of Houston announced they are ready to take legal action against Union Pacific over that cancer cluster in Fifth Ward. We are hearing more and more about lives potentially cut short by the railroad's pollution. One of those compelling stories was gathered by our Greg Groogan

HOUSTON - Within Houston's Fifth Ward, not far from the Union Pacific Line, you will find a house on Kress St. where Carmen McKelvey lived much of her life - a life filled with good times and plenty of hard ones too.

"I just knew we were all getting sick, but I'm thinking, it was a family thing," said McKelvey.

She's talking cancer, throat cancer, to be exact. First to die was Carmen's grandmother, then her grandfather, followed, in time, by her mother and two beloved aunts. 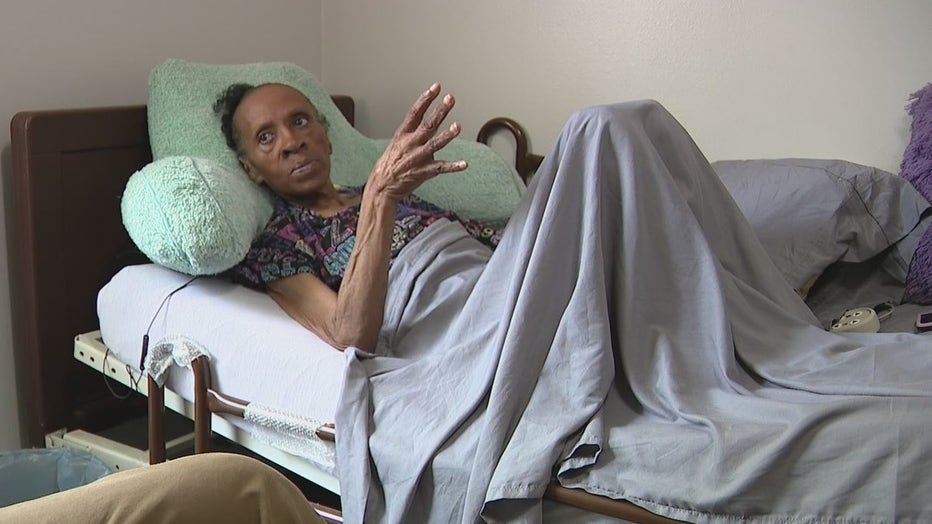 In January, amid growing outcries over decades of uncontained Creosote contamination, Carmen was diagnosed with the same deadly disease.

A nurse and caregiver for 50 years, Carmen is still puzzled by how long it has taken to connect the "toxic" dots.

"I have a feeling they knew about it a long time before it even got to us," said McKelvey. "Before we knew about it, they knew, and they may have been trying to do their thing secretly. Nothing we could do about it, so we will just handle it this way and not talk about it."

Just three months ago, Carmen was still skillfully tending to hospice patients, but now it's her turn for end-of-life care.

Some neighbors in Fifth Ward, where a cancer cluster has been identified by the state, have been battling with the Union Pacific Railroad because they believe contaminants from the company are causing cacancer. Now they say area leaders have some explaining to do after discovering Union Pacific gave them campaign contributions.

She has a simple message for the community leaders and legion of friends she will eventually leave, sooner than she would like.

"Make sure that people are doing the best that they can do to make it right because we got children coming up. They have nowhere to go," said McKelvey.

Meantime, the distress of Carmen's journey through "stage four" is more than tempered by her faith. No regrets and no resentment she says against the polluters who, quite possibly, cut short her life.

"I'm not afraid. I am not scared," said McKelvey. "I am not really angry, because only the Lord knows. Everything happens for a reason."