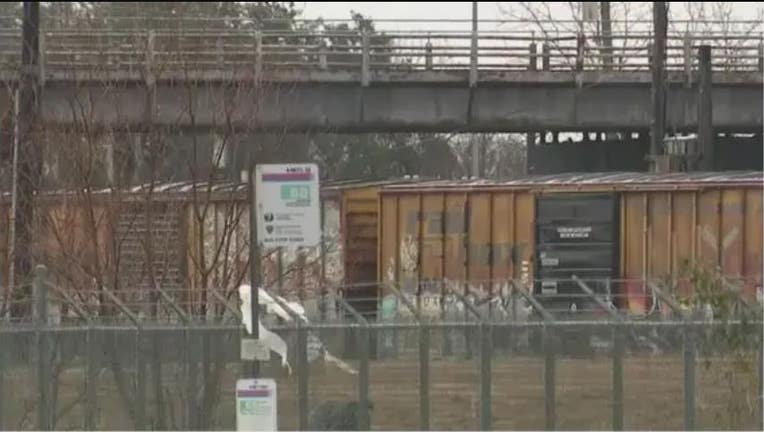 HOUSTON - Officials in the city of Houston and Harris County are taking action against Union Pacific regarding the contamination of Houston's Fifth Ward, according to a statement.

According to the statement, the Texas Department of State Health Services found significant increases in cancer rates around the Union Pacific rail yard.

"Residents of the Fifth Ward, a historically Black and underserved community, have dealt with negative health effects from hazardous waste and chemicals for decades. Both children and adults in the area are subject to higher rates of certain types of cancers, and it’s time that we ensure they have the clean air and water they deserve. Union Pacific should be held accountable for the harm this facility has caused to its neighbors." said Harris County Attorney Christian D. Menefee.

Community activist Quanell X and attorney Charles ‘Big Angry’ Adams discuss the ongoing issue over a cancer cluster in Fifth Ward, where neighbors believe it’s caused by Pacific Railroad and say area leaders have some explaining to do after discovering they received campaign contributions from the company.

Mayor Sylvester Turner stated, "Communities of color disproportionately bear the burden of industrial pollution. The UP facility here is a textbook example. UP can and must take all necessary steps to address the contamination from its dangerous chemicals and the adverse consequences to our residents."

The statement said the notice will state that the City of Houston and Harris County will file a citizen suit in federal court seeking injunctive relief against Union Pacific to address its dangerous storage and disposal of hazardous waste at the Union Pacific facility.

Houston and Harris County have been working together to urge state and federal authorities to require remediation of creosote contamination in Kashmere Gardens and to develop a comprehensive strategy to address these issues, the statement said. This legal step is the latest in a series of actions taken to protect the health and property of impacted residents. Recently, Houston-based environmental attorney Jim Blackburn and the non-profit Bayou City Initiative proposed coordinating with the City’s and County’s efforts as they each pursue similar legal action.

"Fifth Ward residents made it clear to us that more must be done to protect their community from the dangerous chemicals lurking beneath their homes," Blackburn said. "I commend our city and county leaders for working with the community to fight for a clean and safe environment."

Harris County Commissioner Rodney Ellis voiced support for the legal action on Tuesday. In a statement, he said:

"For years, the people of the Fifth Ward and Kashmere Gardens communities have known that the creosote-contaminated Union Pacific Railroad site was adversely affecting people’s health. Sadly, we now know with certainty that those concerns were well-founded, as researchers have found a cancer cluster around the Union Pacific site that includes a childhood leukemia rate of 5 times the state average," Commissioner Ellis said on Tuesday.

"The people of Fifth Ward have lost loved ones and buried children. They deserve a robust and timely cleanup of this site. We cannot wait on Union Pacific, the Texas Commission on Environmental Quality or the Environmental Protection Agency to take action.

At this very moment, another generation of Fifth Ward residents is being exposed to carcinogens while a corporation bides its time and protects its bottom line. I’m proud that Harris County has announced its intention to take legal action today against Union Pacific, and hope that this gives some semblance of comfort to impacted families."