The Hilton family had already lost everything in Harvey when their home burned down two years later.

ALVIN, Texas - A 6-year-old girl arrived home from school only to find it engulfed in flames.

The Hilton family is trying to come to terms with their loss because they just recently got back on their feet after losing everything during Hurricane Harvey.

“It flooded our whole apartment out because we were downstairs, so we moved to Missouri after that, cause we lost everything and stayed with her family, and then decided we wanted to come back here because this is where I’m from, and so we moved back, and tried to start over (laughs) and this happened," said John Hilton.

“I was losing everything all over again," said Brittany Hilton. “I just feel bad for my kids and not sure what steps to take at this moment or what to do. We are just taking it day by day I guess.”

Another student riding the school bus captured the moment John and Brittany Hilton’s daughter got off the school bus. John scoops her up and immediately starts consoling her in front of their burning home. 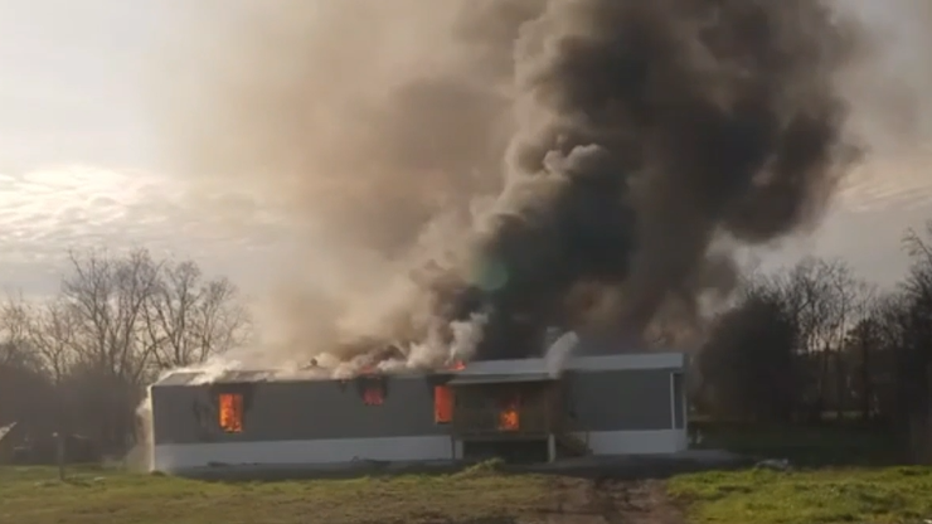 “My 6-year-old is a little traumatized just because she lost everything during Harvey, and ever since then she kind of hoards her stuff. She hangs onto every toy whether it’s broken or not, and now when she got off the bus yesterday she seen what happened and everybody on the bus told her that the fire, that the house burned down.”

Thankfully, no one was harmed from the fire that is believed to have started due to electrical issues. The Hiltons moved into the home located on County Road 144 in Alvin just two months ago. All that’s left is a lockbox, the children’s bicycles, and a box of supplies dropped off by the Red Cross.

“My husband lost his father in October and his ashes were in there," Brittany said.

“Everything, yeah the entire trailer burnt up. It’s just the frame of the trailer, but everything inside is gone," said John.

The Hiltons and their three children have to start from the bottom yet again, but are grateful for their family and friends who are helping them push through.