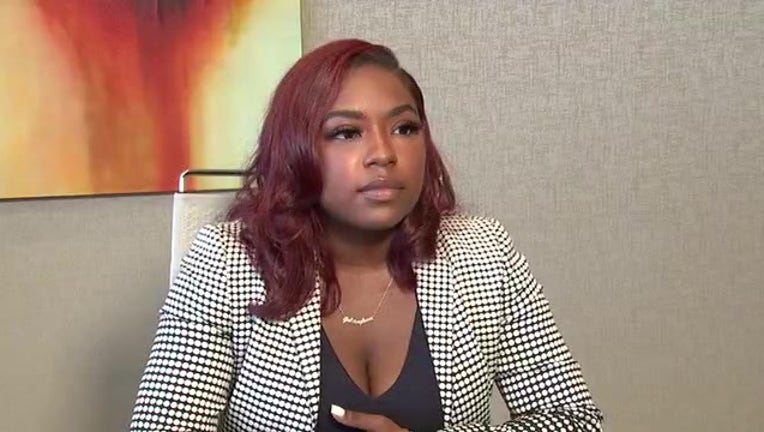 HOUSTON - A 25-year-old woman is speaking exclusively to FOX about the sexual assault and harassment she says she endured by Houston Texans quarterback Deshaun Watson.

Kyla Hayes is one of the more than 20 women filing a lawsuit for civil assault and represented by attorney Tony Buzbee.

She explained how Watson direct messaged her in April 2020 on Instagram for a massage.

"I said I am trained in massage, but I don't offer them like publicly. He is an athlete, thought it was great for my business, which I had just opened up a month prior, so I thought my marketing was great and everything, so I was flattered," said Hayes.

An appointment was made that same afternoon at her spa in the Willowbrook area. She says he asked for just a small towel to cover his body.

"He was very particular. He only wanted his glutes, his hamstrings, and his thighs massaged. Thought that was a little irregular, but he must have seen my face, and he was like, 'I do a lot of running and kicking so that is necessary," said Hayes.

"He said he wanted his pelvic area massaged, we started there. At that point, I was uncomfortable because the towel had fell. He instructed me to leave the towel down, so he is completely nude. Penis erect and everything."

She said about an hour into the massage, "his penis touched me more than a couple of times. He would keep instructing me to kind of get closer, stay within that pelvic area and that's pretty much where it went until he ejaculated."

She ended the session. He paid for the services and left according to Hayes, but kept contacting her for more massages.

"He continuously text with no reply until I guess he got the point."

The encounter, she says, haunts her.

"It stays with me every day. Every time I have- even my regulars that are men that are great clients of mine, I get flustered, I get nervous. I don't know what else could happen at the end of the service. I don't know if they are going to also try to sexually assault me."

She did have a message for those that don’t believe her or the other women accusing Watson of sexual assault.

"Just take a step out of social media and to remind themselves you don't know these people in real life, and what they are capable of behind closed doors, and what actual victims are feeling or going through."

Hayes' civil lawsuit is still in litigation. We did reach out to Watson’s attorney and have yet to hear back.