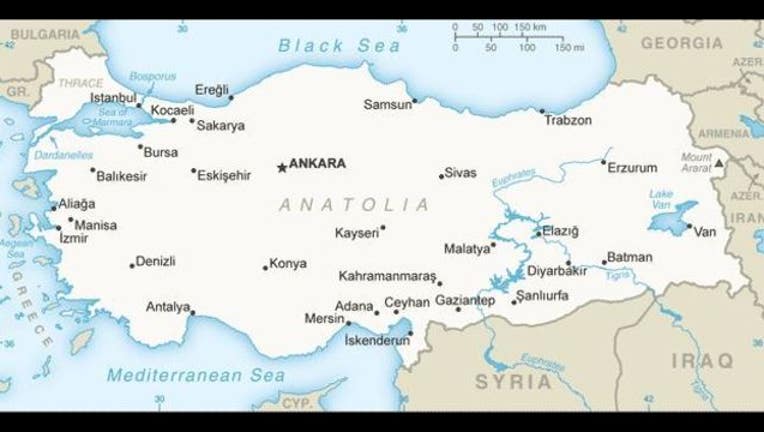 The relationship with Turkey is only one of several items on the agenda for the two-day, 28-nation meeting. The ministers are also set to discuss joint efforts to combat terrorism and plan to focus on developing the EU's global strategy during their talks.

But arrival comments from participants clearly indicated that how to balance relations so they can pressure Ankara on its human rights record without jeopardizing the refugee pact was the main issue on their minds. And with the EU split on how hard to push Turkey, a solution appeared some distance away.

Turkey is pushing for visa-free travel in the EU for its citizens and is threatening to walk away from the migrant deal if its demands aren't met. But Brussels says it will only allow that if Ankara rolls back a crackdown targeting wide segments of society in the wake of the mid-July abortive coup against President Recep Tayyip Erdogan.

The agreement commits Turkey to take back migrants from Syria and elsewhere attempting to enter the EU from Turkey illegally and has strongly reduced the migrant influx into the EU since it was fully implemented in March.

Ankara is also angry over calls by several EU government officials to suspend, or even end, years of talks on Turkey's entry into the EU, again because of concerns about the state of human rights. Erdogan's flirtation with reintroducing the death penalty and a terrorist law that extends to journalists are some of the issues eliciting EU apprehension.

Austrian Foreign Minister Sebastian Kurz, among the EU hard-liners, said "we don't see Turkey as a member of the European Union," adding that Austria's call for an end to talks with Turkey on EU membership is shared by many of his colleagues.

He also said Turkey had to meet demands for European human right standards if it hopes for EU visa liberation concessions, and "for now, the conditions are not met."

"We believe that developments that have taken place in Turkey in the time after the (attempted) coup are very negative," he said. "It is clear that there has to be a reaction, but cleansing and silencing those who think differently is the wrong way."

In contrast, Foreign Minister Miroslav Lajcak of Slovakia, which holds the rotating EU presidency, said his country favored continuing talks on Turkey's EU membership, describing them as "the best leverage the EU could have" with Ankara — a position others lined up behind.

"We should be very clear both in our support to the Turkish authorities against the attempted coup d'etat and on asking Turkish authorities to respect the rule of law and the fundamental human rights," said Italian Foreign Minister Paolo Gentiloni. "But I don't think it is helpful to say no more negotiation with Turkey."

German Foreign Minister Frank-Walter Steinmeier said the ministers also would discuss Turkey's ongoing incursion into Syria, as it battles both the Islamic State group and Kurdish fighters it considers a threat.

"We all must have an interest that there is no permanent military conflict on Syrian soil," he said.

Britain's decision to leave the EU is not on the agenda for this meeting. But British Foreign Secretary Boris Johnson focused on that topic in a message meant to convey London's post-departure intention to work together with the EU.

"We may be leaving the European Union but we are not leaving Europe," he said, Britain, he added, "is absolutely committed to participation in European foreign policy co-operation, and European defense and security co-operation."