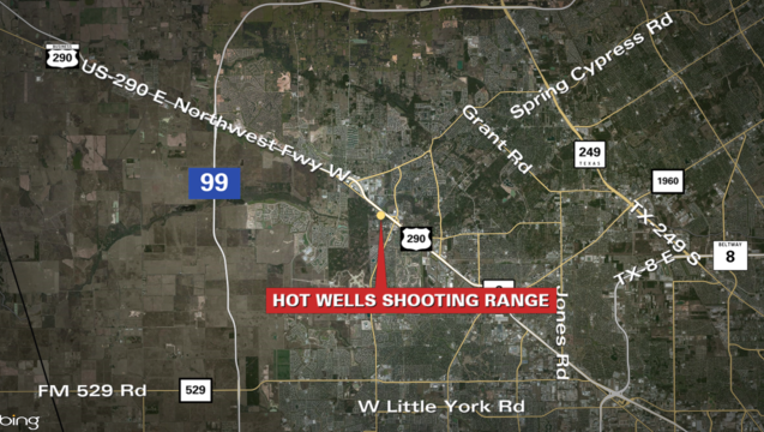 HOUSTON (FOX 26) - Witnesses say an employee of the range was working on a hunting rifle when it accidentally discharged through a window. The gun then struck a customer who was walking through the gun range parking lot. According to the Harris County Sheriff's Office, the man died shortly after he was accidentally shot at a Cypress-area firing range.

Life Flight medical helicopter had arrived to the Hot Wells Shooting Range on the Northwest Freeway frontage road near the Barker-Cypress Road exit on Tuesday morning after the reported shooting incident.

HCSO and the Crime Scene Unit are investigating the case.