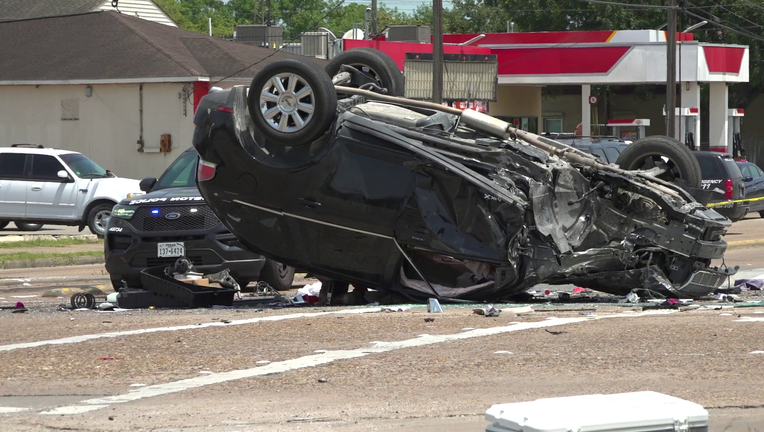 HOUSTON - A male driver is dead and another person is recovering following a 5-vehicle crash in Southeast Houston on Saturday afternoon.

According to Sgt. David Rodriguez with the Houston Police Department Vehicular Crimes Division, there were two crashes that occurred.

The first crash occurred at Howard Drive and Gulf Freeway Service Road involving a black Lincoln MKX and a Honda Civic. Rodriguez said the driver of the Lincoln struck a Honda Civic that was stopped at a red light.

Following that collision, the Lincoln fled the scene eastbound on Howard Road at a high rate of speed, according to Rodriguez.

As the vehicle was approaching the intersection of Galveston Road and Howard Road, Rodriguez said there was a tan Chevy 1500 stopped at a red light.

Rodriguez said the Lincoln struck the back of the Chevy, causing the Chevy to hit a GMC Sierra. The Lincoln then veered and hit a Honda Pilot that was located in the middle lane, pushing the Pilot through the intersection. That crash caused the Lincoln to roll over. 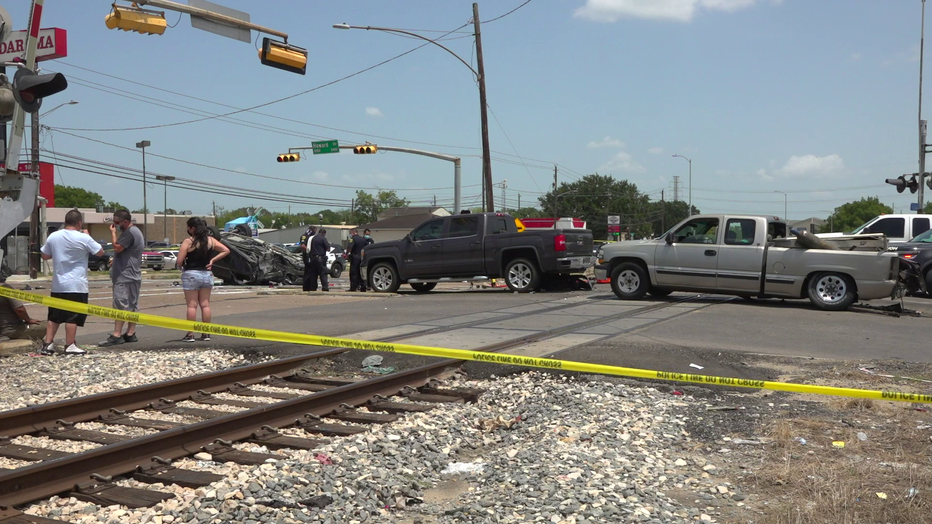 The driver of the Lincoln MKX was taken to the hospital where he was pronounced dead, Rodriguez said. The driver’s name has not yet been released by authorities.

A female passenger in the Chevy 1500 was taken to the hospital with injuries, police added.

Rodriguez said alcohol was located inside the Lincoln but they are unsure if the driver was drinking.