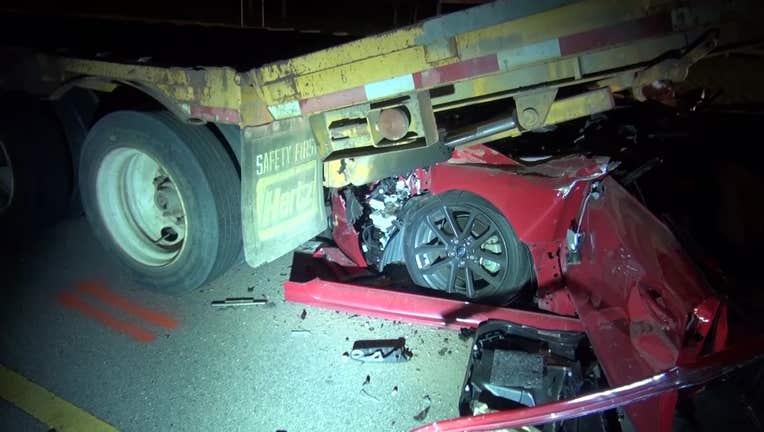 Authorities investigate a deadly crash on Fish Creek near FM 2854.

A driver died and a young child was taken to the hospital after their car crashed into the back of an 18-wheeler in Montgomery County, authorities say.

The crash occurred on Fish Creek just south of FM 2854 around 9 p.m. Wednesday.

According to Texas DPS, an 18-wheeler was stopped in the inside lane after the truck’s breaks locked up.

Authorities say the driver got out to check that his emergency lights were active and then went back to the front of his truck.

Texas DPS says a car then crashed into the trailer.

The car's driver, believed to be in his 30s, was pronounced dead. A 5-year-old boy was taken to the hospital in critical condition.

The investigation is ongoing. No charges have been filed at this time.