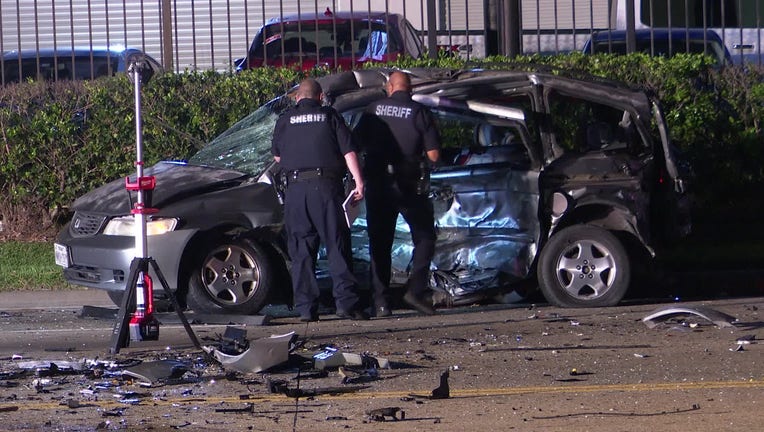 A driver died and three teens were taken to the hospital after a multi-vehicle crash in west Harris County, authorities say.

According to the sheriff’s office, a minivan was pulling out of a parking lot and attempting to cross the southbound lanes to turn left when it was struck by a silver car.

Due to the impact, the minivan went across three lanes into the northbound lanes, where it struck a blue car, authorities say.

The driver of the minivan died at the scene.

According to HCSO, three teenagers were in the silver car that struck the minivan the first time.  They were all transported to the hospital.

The sheriff's office says the 17-year-old driver of the silver car showed signs of intoxication at the hospital, and he was booked into the Harris County Jail for driving while intoxicated.

The driver of the blue car did not report any injuries.

The sheriff’s office says they are investigating witness reports that the silver car may have been traveling at a high rate of speed before the crash.

Investigators spoke to witnesses at the scene, and they are reviewing surveillance video from a nearby business. The investigation is ongoing.