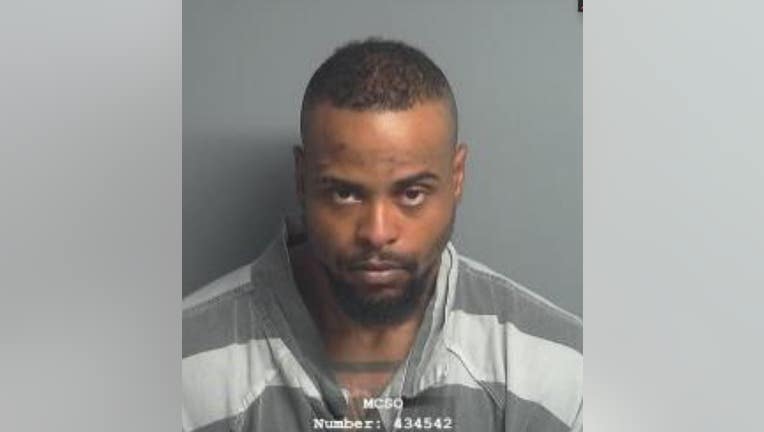 A man was sentenced to 30 years in prison following a chase in Montgomery County that reached speeds over 140 mph earlier this year, officials say.

According to the Montgomery County District Attorney’s Office, a jury found Dominique Johnson, 32, guilty of aggravated assault with a deadly weapon and evading with a motor vehicle on Sept. 28.

Johnson was charged in connection to an incident in the early morning hours of March 14.

The DA’s Office says a trooper with the Texas Department of Public Safety’s Highway Patrol Division initiated a traffic stop on Johnson for speeding, not knowing that the car Johnson was driving had been stolen from a bowling alley about 30 minutes before.

As the trooper approached, authorities say Johnson drove away, and a high-speed chase began. The DA’s Office says Johnson went down FM 1488, reached speeds over 140 mph on Highway 249, and then exited the highway and drove the wrong way onto the service road.

The pursuit continued into a neighborhood, and Johnson reportedly went into the front yard of a home. The trooper attempted to block Johnson in with his vehicle and then approached on foot.

According to the DA’s Office, Johnson drove the car at the trooper, almost hitting him, and then continued on until he crashed his vehicle on the service road of Highway 249.

Officials say Johnson attempted to get away on foot, but a DPS helicopter located him. He was taken into custody.

"One of the most dangerous encounters law enforcement can have is on traffic stops, and this defendant exhibited all the dangers associated with those," Assistant District Attorney Tamara Tyler said in a statement. "The defendant not only put the community in danger but also threatened the life of a Montgomery County law enforcement officer. Decades in prison for this behavior is the right and just result."

According to the DA’s Office, during the sentencing phase, evidence of Johnson’s criminal history was presented, including a previous conviction for aggravated assault with a deadly weapon for a shooting.

"Some men are committed to behavior marked by stealing and violence. Fortunately, our office and law enforcement in this county are equally committed to holding them accountable," District Attorney Brett Ligon said.