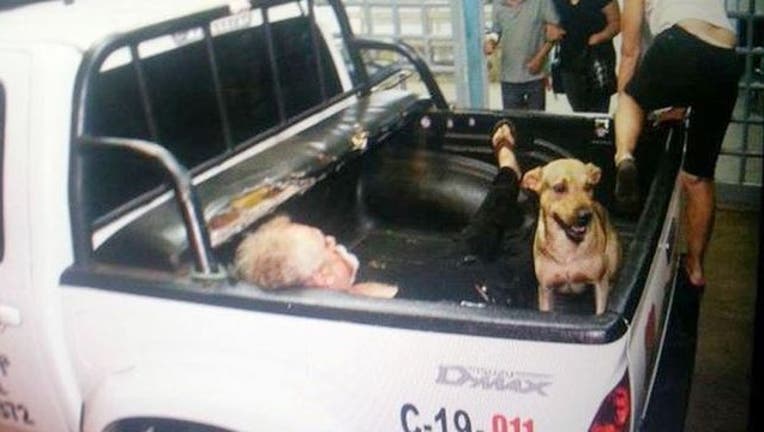 A dog in Paraguay proved his loyalty by sticking with his owner after an injury necessitated a trip to the hospital. Cirilo Sanchez was injured after a fight with a neighbor, and when police put him in a car to take him to the local casualty ward, his dog Bandido refused to be left behind, Central European News (CEN) reported.

Bandido ran along with the car and eventually jumped into the truck. Once Sanchez arrived at the hospital in Asuncion, Bandido waited outside of the casualty ward, refusing to leave the door. Police said the dog clearly knew this owner was inside.

“My dog comes along with me everywhere,” Sanchez told CEN. “He won’t let me go anywhere by myself and since he is my faithful friend, he came along.”

Sanchez was eventually released from the hospital, and he and Bandido returned home.