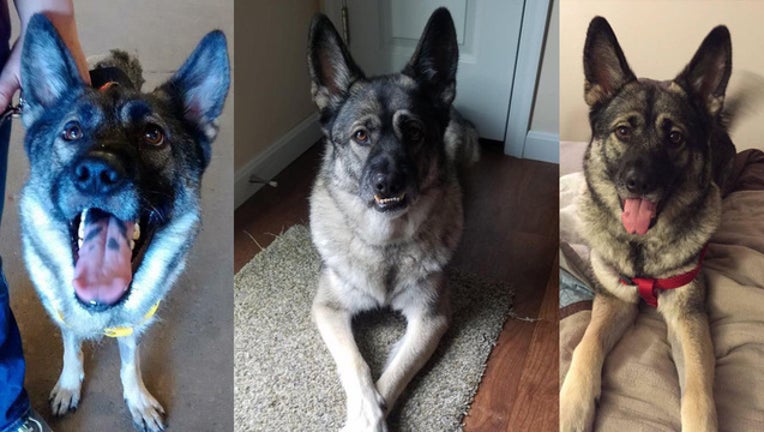 COLUMBUS, Ohio (AP) - A foster dog placed in a program that pairs Ohio inmates with dogs was found dead in a cell in a violent death, an animal rescue group said.

The State Highway Patrol is investigating the death last month of the dog at Warren Correctional Institution in southwestern Ohio.

A necropsy showed that the dog, a 4-year-old German Shepherd-Elkhound mix named Evie, died of "blunt force trauma to her abdomen," according to Joseph's Legacy, an animal rescue charity in Middletown.

The dog died Aug. 25 but the charity waited for results of the necropsy before publicizing the death, Meg Melampy, the charity president, said.

The charity said it obtained the dog in 2015 when it had a broken hip from a car accident. Joseph's Legacy had placed about 20 dogs with the prison system over the last year, with four or five currently being fostered until the incident, Melampy said. The charity has pulled all its dogs out.

"Confused how such an amazing happy dog can be intentionally harmed. How safety measures have failed her," the charity said in a Facebook post Sunday.

Following the patrol investigation, the Ohio Department of Rehabilitation and Correction will conduct its own investigation at Warren Correctional as well as review animal programs at other prisons, Smith said.

"The animal training programs within our facilities have proven to be an effective and meaningful activity for over 20 years, and we have absolutely zero tolerance for any type of abuse of the animals who are part of these programs," Smith said in a statement.