Sales per employee in August 2019 were found to be 40 percent higher compared to a year prior, while total working days were down 25.4 percent.

BEAVERTON, Ore. - Nike gave employees at its corporate offices the week off to "destress" and spend time with loved ones in an effort to show the company can prioritize mental health while also getting work done.

Matt Marrazzo, a senior manager of global marketing science at Nike, wrote in a LinkedIn post on Aug. 20 that the company’s world headquarters in Beaverton, Oregon, would be "powering down" for a full week off.

"Our senior leaders are all sending a clear message: Take the time to unwind, destress and spend time with your loved ones. Do not work," Marrazzo wrote.

Marrazzo added that taking time off is "key to performing well and staying sane." He noted how the past year "has been rough," but hoped the move would prove to have a positive impact on work culture moving forward.

"It's not just a 'week off' for the team... it's an acknowledgment that we can prioritize mental health and still get work done," he wrote.

Nike confirmed in a statement that it closed corporate offices in different locations between Aug. 23 to Aug. 30, "enabling employees to enjoy additional time off to rest and recover."

The company does not disclose how many employees work in Oregon but the total is well over 10,000, according to the Associated Press. 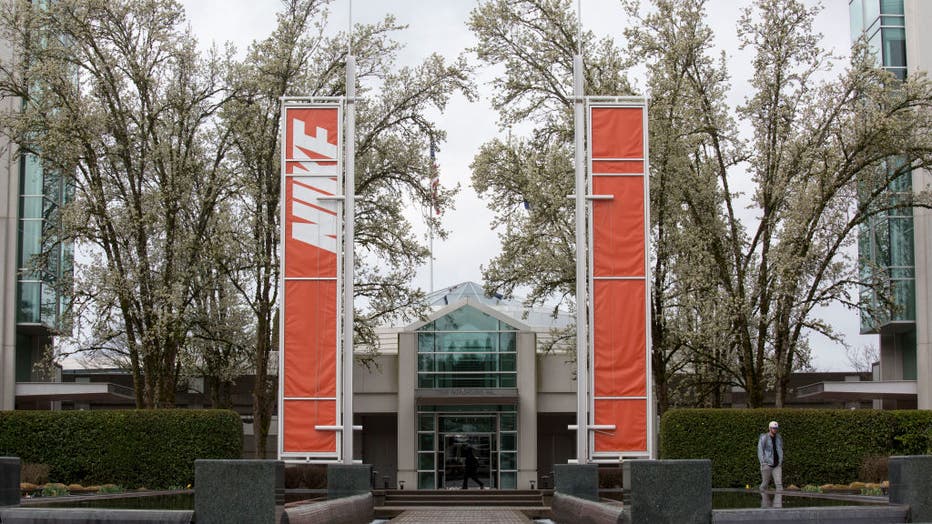 FILE - The main entrance of the Nike headquarters is seen on March 22, 2018, in Beaverton, Oregon. (Photo by Natalie Behring/Getty Images)

Despite strong sales during the pandemic, the footwear and apparel company said in November that it anticipated having to cut several hundred jobs at its Oregon headquarters as part of a business strategy shift to emphasize online sales directly to consumers.

The cutbacks were announced in a brief legal filing with state workforce officials. The Oregon layoffs included 200 at its company childcare center, which was set to permanently close, the AP reported.

Other companies have given time off to employees to help combat burnout and the stress of the ongoing pandemic. LinkedIn gave all 15,900 full-time employees a paid week off in April, dubbed "RestUp!" week. Dating app Bumble did the same "fully offline" paid week off for workers in June.

Hootsuite, a social media management platform, gave employees around the globe a week off without interruption in July.

Burnout, defined by the World Health Organization as a syndrome resulting from chronic workplace stress that has not been successfully managed, includes feelings of energy depletion, feelings of negativism or cynicism related to one’s job, and reduced professional efficacy.

Various studies have shown a rise in employee burnout over the course of the pandemic. One recently published by the analytics firm Visier found that 89% of full-time U.S. employees surveyed experienced burnout over the past year, and 70% of employees said they would leave their organization for one offering resources to reduce burnout.

In addition to a full week off, other companies have tried four-day workweeks. In 2019, Microsoft Japan performed an experiment to see how reducing the workweek would affect productivity and found that sales per employee jumped 40% compared to the same period a year prior.

Japan, known for its long work hours, unveiled also plans in June to recommend companies permit their staff to work four day weeks as part of the government’s effort to improve work-life balance.

Iceland conducted two large-scale trials of a four-day workweek, which were deemed an "overwhelming success" by researchers who said the results showed "the transformative positive effects of a shorter working week for both employees and businesses alike."