Deputy dies while trying to save people from Eastland County wildfires

An Eastland County deputy died while trying to help people evacuate from the wildfires that are still raging.

EASTLAND, Texas - An Eastland County deputy died while trying to help people evacuate from the wildfires that are still raging.

It happened along a farm-to-market road in a town called Romney, about 115 miles away from Fort Worth.

Sgt. Fenley was assisting with evacuations when flames engulfed her car. Her family says she was dedicated to her work and a loving grandmother.

According to the Eastland County Sheriff's Office, Fenley was going door-to-door to help people evacuate. There was low visibility because of the fire and smoke, and she drove off the road and into the wildfire.

Jonathan Fenley says his mom, Sgt. Fenley, had just left the Eastland County Courthouse, where she worked security. They spoke on the phone around 6 p.m.

"She was in her own personal car just doing her thing," he said.

Jonathan says he and his brother evacuated from their home in Gorman around 9 p.m. to stay with an uncle out of town.

"We woke up. We got back here. We called dispatch. No one could find her," he said. 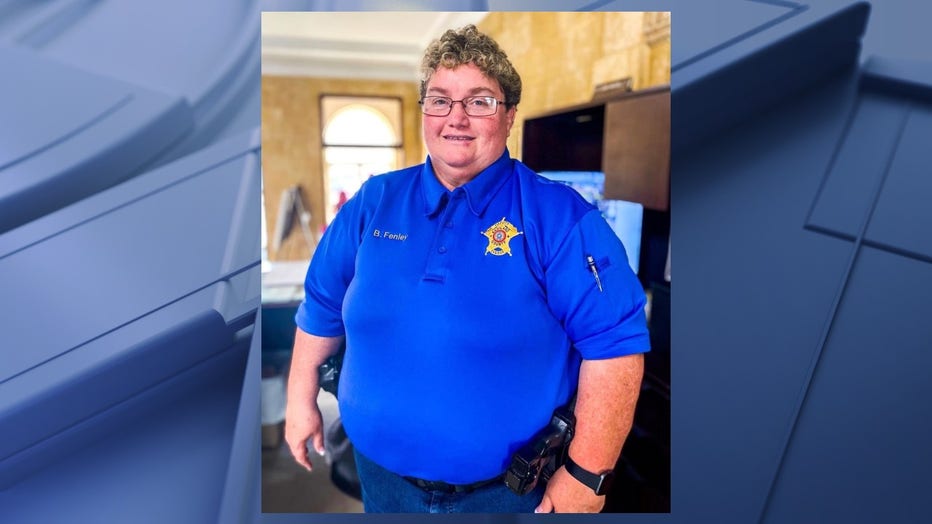 The Eastland County Sheriff’s Office says the last they heard from Sgt. Fenley was that she was headed to check on an elderly person. But at some point, due to low visibility from the smoke, Sgt. Fenley ran off the road somewhere around here near FM 2526 The sheriff says her car was engulfed in the flames.

Sgt. Fenley joined the Eastland County Sheriff’s Office in 2013.  Prior to that, she spent six years as the police chief of Gorman, serving the city where she graduated from high school and raised her three children.

"We are sorrowful for her loss of life. But as a state, we have great appreciation for her service."

Abbott ordered flags be lowered to half-staff in Eastland County in her honor, and he gave a Texas flag to her sister-in-law, Hannah Olivera.

"She loved her job. She liked helping people," she said. "And she died doing what she liked to do."

Jonathan says it’s a hard loss for him, his brothers, his stepfather and his children. But he finds comfort knowing she gave her life trying to help as many people as she could.

"Proud. I mean it’s hard to put into perspective," he said. "But I just would tell her I’m proud of her because not many people would do that."

Fenley is survived by her husband and three children.

The Cisco Police Department released a statement on Fenley, saying, in part: "She was a special servant and an attribute to our profession. We will kneel in prayer for her family, friends and colleagues as they mourn."

Texas Land Commissioner George P. Bush also tweeted about Fenley, saying "her service to our state will not be forgotten."