All outbound lanes of Southwest Freeway at Bellfort are shut down due to a deadly crash. Traffic is backed up for miles.

HOUSTON - A deadly crash on the Southwest Freeway has traffic shutdown for miles.

The two-vehicle crash happened just before 5 a.m. Friday near Bellfort.

SkyFOX flew over the scene and the traffic backup across all outbound mainlanes could be stretched  out for miles. 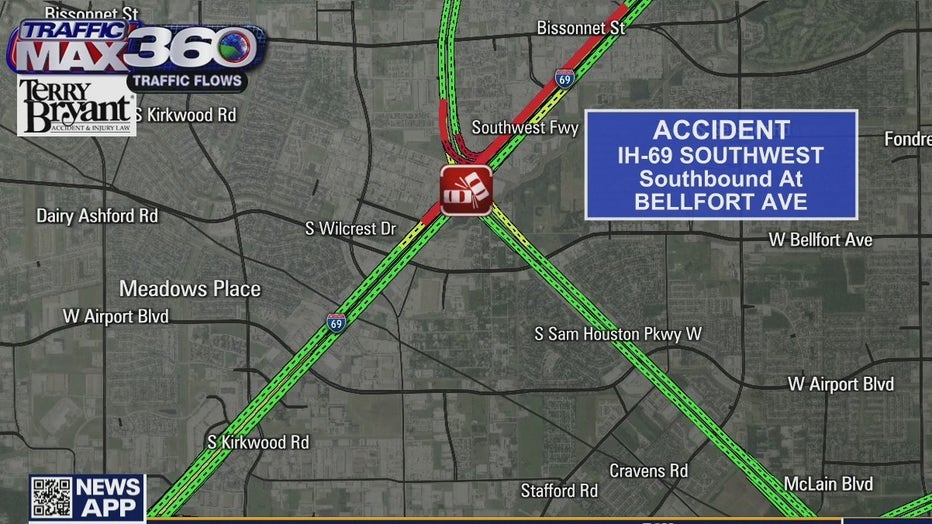 According to the Houston Police Department, a white Ford F-150 pickup truck drove the wrong way southbound into the northbound lanes of the Southwest Freeway exit ramp for Travis Street and struck a black Lamborghini SUV traveling northbound

The passenger in the Ford, a 33-year-old woman, was taken to the hospital where she was pronounced dead.

The driver and the passenger of the SUV sustained minor injuries.

The driver of the Ford F-150 truck, 35-year-old Jason Black, was also taken to the hospital and was determined to be impaired, police said.