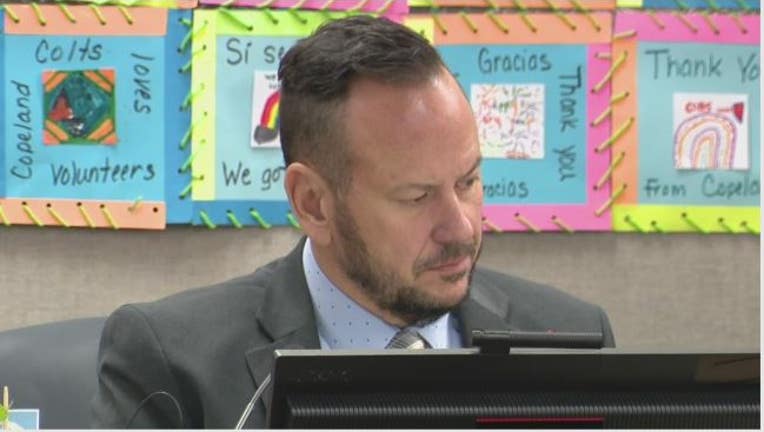 HOUSTON - Scott Henry, the Cypress-Fairbanks ISD Trustee who is in hot water for his recent comments regarding Black teachers, has lost his day job.

According to his biography on the Cy-Fair ISD website, Henry is the sales engineering director at Splunk.

According to Splunk’s website, "The Splunk platform removes the barriers between data and action, empowering observability, IT and security teams to ensure their organizations are secure, resilient and innovative."

In a statement Wednesday evening, Splunk said via their Twitter, "Diversity, equity, and inclusion are core to Splunk’s values and mission. We are deeply committed to DEI and take these concerns seriously. Due to the privacy of any individuals involved, we do not discuss specific employee matters."

However, on Friday night, Splunk to their Twitter again stating, "We viewed the employee's conduct as inconsistent with who we are as Splunkers and the individual is no longer employed by our company."

As FOX 26 has reported, numerous key leaders and activists called for Henry to resign during a news conference on Thursday evening.

NAACP and FIEL held a press conference Thursday to address alleged racist remarks about Black teachers made by Scott Henry, a Cy-Fair ISD School Board Member during a meeting.

Among those leaders was Harris County Judge Lina Hidalgo, who said, "Now what we saw the other night was the racism said out loud, and if we allow this kind of thing in a public forum, by a public official, that represents a school district, what are we allowing?"

Harris County Judge Lina Hidalgo is sharing her concerns and asking for a Cy-Fair ISD School Board member to resign after making 'racist' comments.

During the school board meeting on Thursday night, Henry said, "Let me be clear, any suggestion that I said more Black teachers leads to worse student outcomes is a lie, and those spreading it should be ashamed of themselves. There have been threats upon my life and my wife and children have been targeted. We are neighbors, parents. A community having these difficult conversations should not mean lives are in danger. I see you, thank you for being here. Thank you for your thoughtful discussion tonight."

On Thursday night, Henry said he would not resign from his position as a trustee.