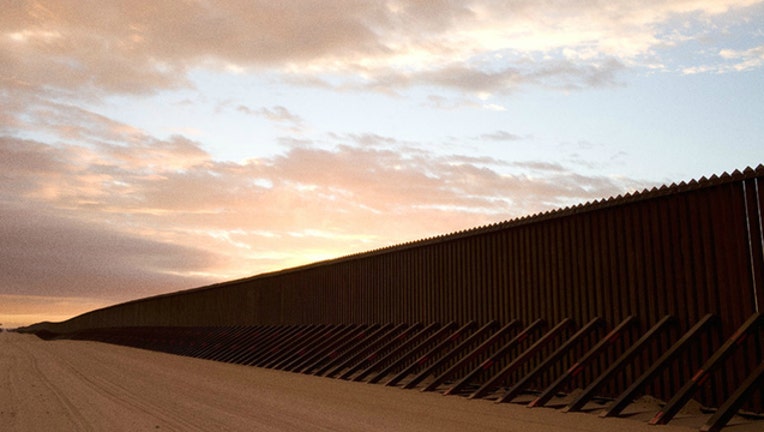 (FOX NEWS) - Two artists are helping Donald Trump get a head start on his proposed wall along the U.S.-Mexico border.

The "wall," which they began constructing about 20 yards north of the actual border, is adorned with an American flag, a Trump campaign sign and several items meant to symbolize the positive effects curtailing illegal immigration would have for American citizens.

They sent an itemized bill for $14,635.42 to Mexican President Enrique Peña Nieto, because the wall was "made in the USA."