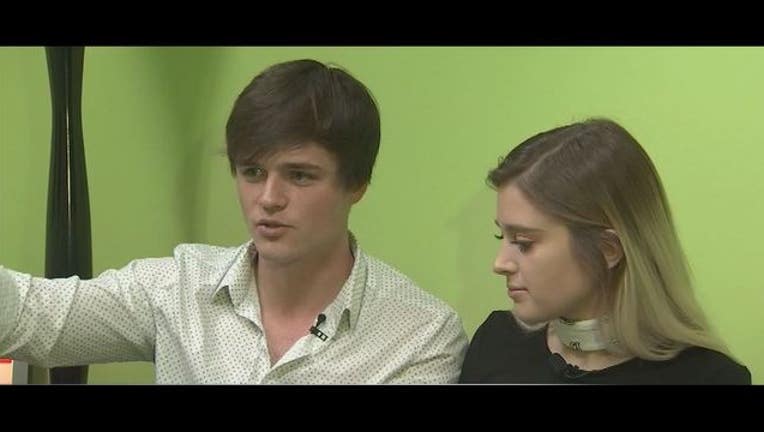 PHOENIX (KSAZ) - A newlywed couple raised in Arizona created a successful YouTube business. Then they decided it was time to leave the valley and explore life, so they moved to Chicago.

But one day after arriving in the "Windy City," their big move turned into a big nightmare.

"It's one of the most amazing cities in America," said Brianna White.

"Hey, why not, we're doing okay. We can go there and be okay financially, so why not go and see what happens," said Jaelin White.

But what happened next terrified the Whites. All unpacked, the couple took the train to get a bite to eat.

"A guy comes up to us and starts trying to ask questions."

The stranger followed the couple off the train and down the street.

They darted into a Subway restaurant, hoping he'd leave them alone."

"He's like looking through the window at us and stuff."

"When he wouldn't leave, the couple called Uber and 9-1-1 for help. In the meantime, Jaelin tried to talk to the stranger."

"I was like, hey man, do you need anything? You want a sandwich? He's like, 'No, I'm hanging around' in a creepy tone."

What happened next, no one expected.

"My whole world was flipped upside down."

"I go to walk out and he just clocks me."

"I was crying in the car. I was like, what is wrong with people?"

The Uber driver took them to their car. They thought they were safe, but they were wrong.

"We go to pull into the  parking lot where our car was parked and I see the guy just walking down the street."

"The next day, we decided well, we're probably going to see that guy on the train. Probably not worth it. I mean, let's go back home."

More than 1.4 million people have watched the couple's story on YouTube and some critics are saying they made the whole thing up. We asked them about those critics, and they say everything about their brief move to Chicago is true.