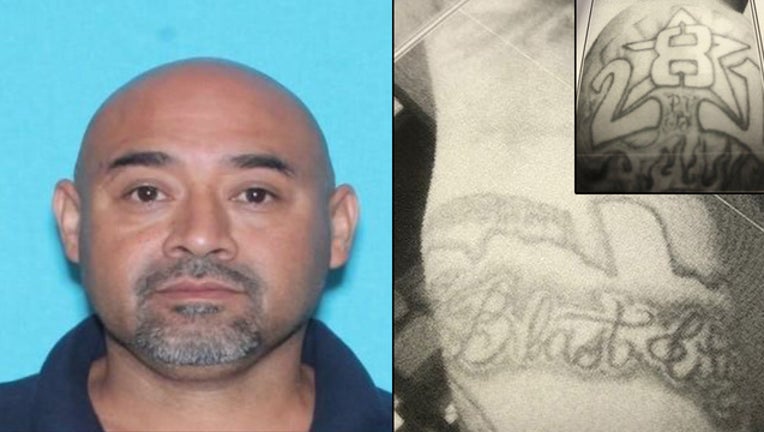 HOUSTON (FOX 26) - Authorities are asking for the public's help locating a convicted sex offender wanted for a parole violation.

Crime Stoppers and the Office of the Texas Attorney General’s Fugitive Apprehension Unit are trying to locate Manuel Arocha Mora, who is wanted for a parole violation on a sex crime that occurred in Fort Bend County. Authorities say Mora was last seen in northeast Houston.

According to Crime Stoppers, Mora is a known member of the Tango Blast gang and has violent tendencies.

Mora is described as a Hispanic male, 44 years old, 5'5", around 200 pounds, with black hair, brown eyes and tattoos. Mora has "281" and a flaming skull tattooed on his right shoulder and "Blast City" on his right forearm.