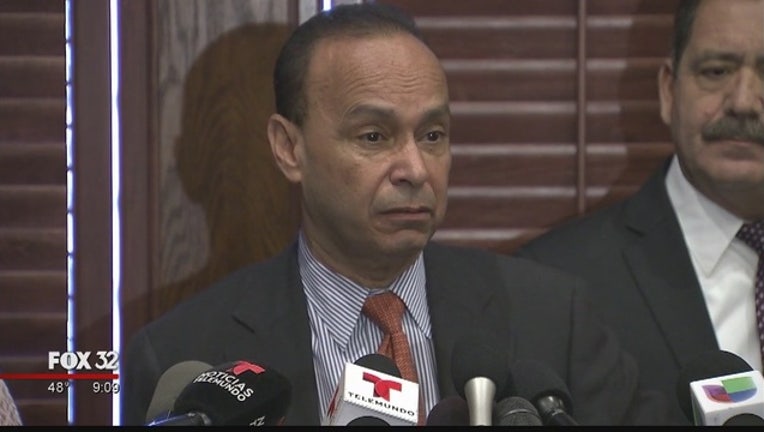 CHICAGO (Fox 32 News) - In a speech on the House floor Wednesday, Illinois Congressman Luis Gutierrez announced he has sent a letter to President Donald Trump asking him to resign “for the good of the United States and her people.”

In his letter to the president, Gutierrez asks Trump to spare the nation from the “national spectacle of impeachment, which would wound our nation.” He wrote: “Your personal disgrace will be temporary. The lasting damage to the United States of bringing us all down with you will last decades, if not longer.”

Congressman Gutierrez ended his speech on the House floor by saying, “Please resign and spare the nation from this ongoing nightmare. Don’t do this to us. Don’t make us go down with you. Step aside, sir, for the good of your country and the world.”