A civil rights attorney is taking on murder case that is more than two decades old.

HOUSTON - Civil rights attorney Ben Crump is taking on a murder case that is more than two decades old.

Lamar Burks was sentenced to prison for 70 years for murder two decades ago. Now, Burks has a high-profile attorney representing him.

Attorney Ben Crump held a press conference on Thursday morning at the NAACP of Houston branch on behalf of Burks and his now-21-year-old daughter. 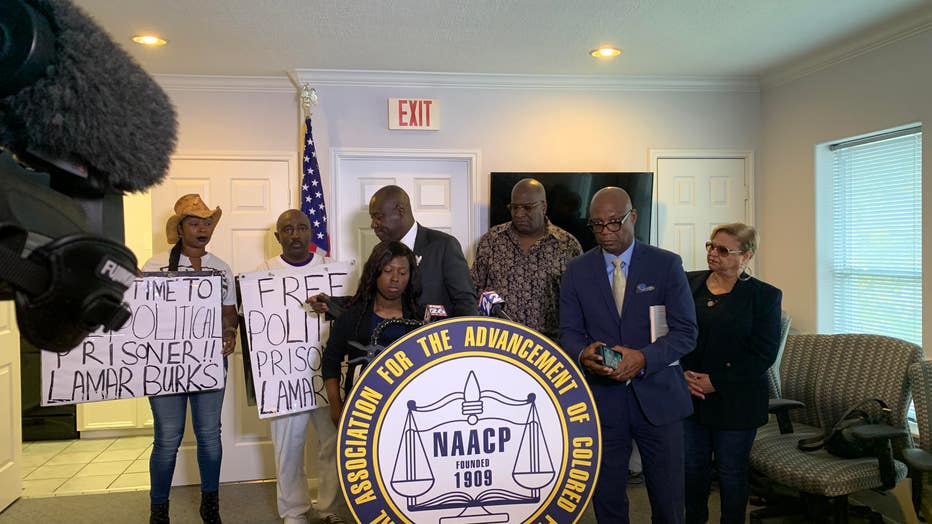 High-profile attorney Ben Crump holds a press conference on Lamar Burks, who says he was wrongfully charged with murder in 1997.

Over the years, Burks' case has received scrutiny with federal agents who worked closely on the case.

He was charged with murder in 1997 for the killing of Earl Perry during a dice game in the Greater Fifth Ward.

Burks claims he's been wrongfully convicted. Burks is up for parole in 2030.

Crump says there are several key issues that went wrong in the case against Burks, including the recent arrest of the DEA agent who played a central role in the case. Ex-DEA agent Chad Scott has been found guilty on seven counts of corruption.

His daughter tells FOX 26 it’s been hard growing up without her dad and talking to him over the phone between a glass window.
She says her life goal is to free her dad.

Crump says he is working on an evidentiary hearing for Burks on the January 22.

Crump is known for representing local high-profile cases like Donald Neely, the man who had rope tied around his hands by Galveston police officers on horseback, then walked down several blocks. He also represented Kendrick Crawford, who was hit and tased during his arrest by Baytown Police.