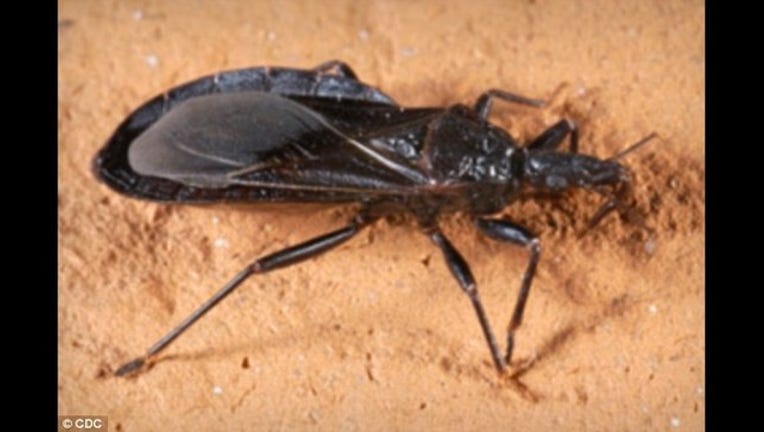 Kissing bug: Chagas is caused by a parasite, Trypanosoma cruzi.

It's known as the "kissing bug", but it's anything but sweet. Chagas Disease is making a comeback in Texas, and it's deadly.

This week, NBC 5 reported that at least a dozen Texans have been infected since two years ago, when the state began tracking the disease. Chagas has historically been the most problematic in Latin America.

The "kissing bug", resembles a tick, and carries a parasite that stays dormant in the body for over 10 years before attacking the heart and gastrointestinal system. When the bug feeds on the blood of its victim, it buries its feces in the wound.

"Kissing bugs— which got their nickname due to their affinity for feasting on human faces and lips at night— carry the parasite Trypanosoma cruzi that causes Chagas. The condition is chronic and leads to flu-like symptoms, but in about one-third of individuals it can cause cardiac problems and in 10 percent gastrointestinal issues, according to the World Health Organization (WHO). In rarer cases, Chagas can cause death.

The bug usually hides in outdoor areas like tree bark, under porches, under cement, in outdoor dog houses, and chicken coops.

According to reports, "one in every 6,500 blood donors in this state are infected with the disease, compared with one in every 27,500 donors across the country. "

WHO reports that Chagas disease can be treated with benznidazole and also nifurtimox, stating that "both medicines are almost 100% effective in curing the disease if given soon after infection at the onset of the acute phase.