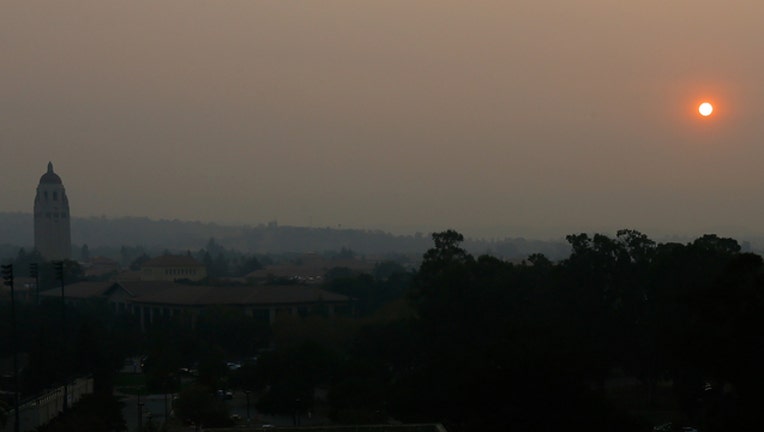 Smoke from the Camp Fire hangs over the Stanford University campus before the game between the Stanford Cardinal and the Oregon State Beavers at Stanford Stadium on November 10, 2018 in Palo Alto, California. (Photo by Jason O. Watson/Getty Images)

(FOXNEWS.COM) - A smoke forecast from the National Oceanic and Atmospheric Administration on Monday said wind could carry smoke from the deadly California wildfires across the nation reaching as far as Dallas and Virginia, depending on wind direction, according to The Dallas Morning News.

Lamont Bain, a National Weather Service meteorologist, advised that it is only one forecast, saying even if the smoke were to carry east, "it should disperse as it carries," The Morning News reported.

“You might see some light haze, but we’re not putting anything about it in the [weather] forecast,” he said.

Bain said the NWS doesn't think the forecast is "any cause for concern" right now, the report said.

Last week, smoke from the California fires reached Michigan, according to Michigan Radio.