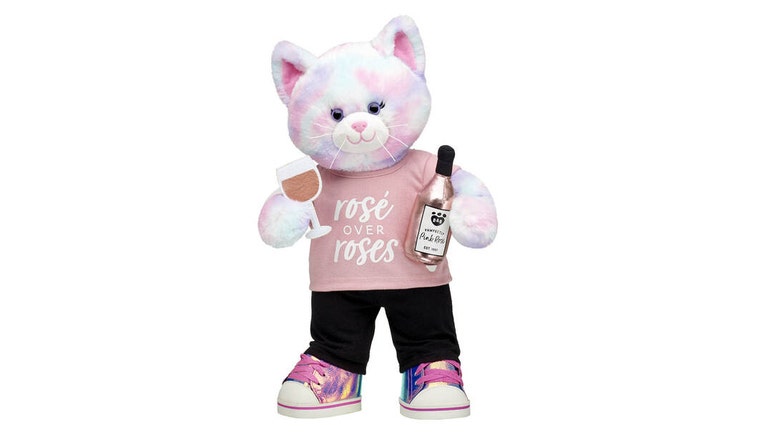 WASHINGTON - With Valentine’s Day coming up, Build-A-Bear announced that they’re launching an "after dark" bears collection for adults.

The new collection is available for a limited-time only and the price for the stuffed animals range from $30-$92.

Consumers looking for a special gift for Valentine’s Day can choose from a variety of furry friends on the website, including the online exclusive Red Velvet Sparkle Build-A-Bear Collectible Featuring Swarovski® crystals - Silver Heart Gift Set. It’s available for $92.20.

Some stuffed animals are dressed in pajamas while others are wearing clothes with words on the front. One of the furry collectibles is wearing a t-shirt that says "It’s wine o’clock somewhere," while another says "don’t text our ex."

Stuffed animals available in the collection are bears, rabbits, dogs, a lion and a sloth.

Build-A-Bear is celebrating its 25th anniversary this year and said that Valentine’s Day has been a time of the year when they’ve experienced a high demand for their products.

Image of one of the stuffed animals from Build-A-Bear's new "after dark" collection.  (Courtesy of Build-A-Bear Workshop, Inc.)

The company released a statement Tuesday discussing the launch:

"As Build-A-Bear celebrates its 25th anniversary this year, it has become a multi-generational brand and company. Many adults went to Build-A-Bear as children and still have a strong affinity for the brand today. In fact, a meaningful and growing portion of Build-A-Bear’s furry friends are purchased by and for adults. Accordingly, a selection of products have been designed to appeal to this expanded market that are focused on gifting, collectible and licensed offerings associated with popular entertainment properties."

"Historically, Valentine’s Day has been one of our largest demand periods and giftable furry friend bundles exclusively available online, targeting adults, were introduced a number of years ago. The "After Dark" marketing campaign has run annually in conjunction with the Valentine’s season to support this specific online initiative."

For more information on the Build-A-Bear "after dark" collection, click here.