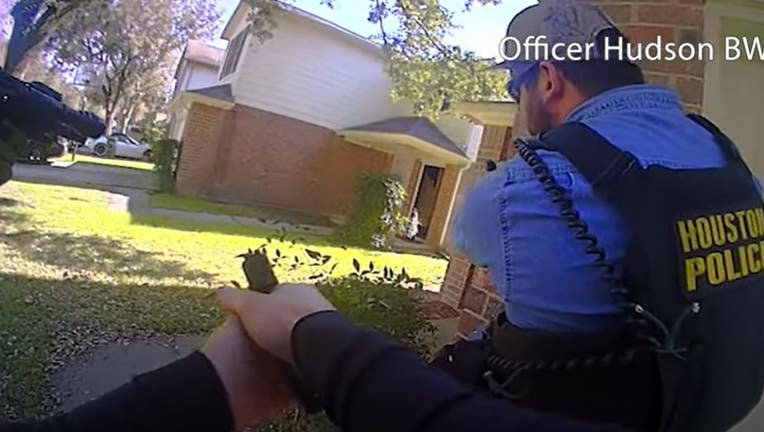 Authorities said officers went to a home to execute a felony warrant for Charion Lockett for aggravated robbery.

Houston police said when officers arrived, Lockett was sitting inside his vehicle in the driveway. He stepped out and began firing at officers as he moved toward his front door.

Four officers responded to the shooting by firing their weapons toward Lockett striking him.

Lockett was later pronounced on the scene after authorities said they rendered immediate aid.