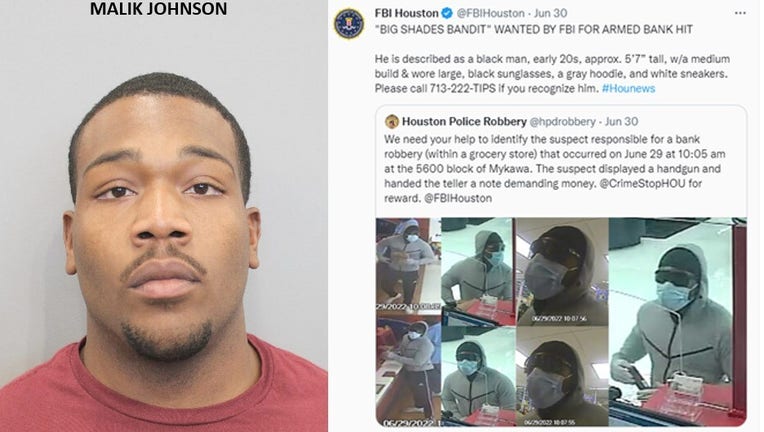 HOUSTON - FBI Houston has made an arrest in a series of bank robberies done by a suspect they called ‘Big Shades Bandit.’

According to officials, Malik Johnson, 21, was charged with three counts of aggravated robbery after committing a series of bank robberies around Houston. He was given the name ‘Big Shades Bandit', because he was known for wearing large black sunglasses during his first bank robbery on June 29. 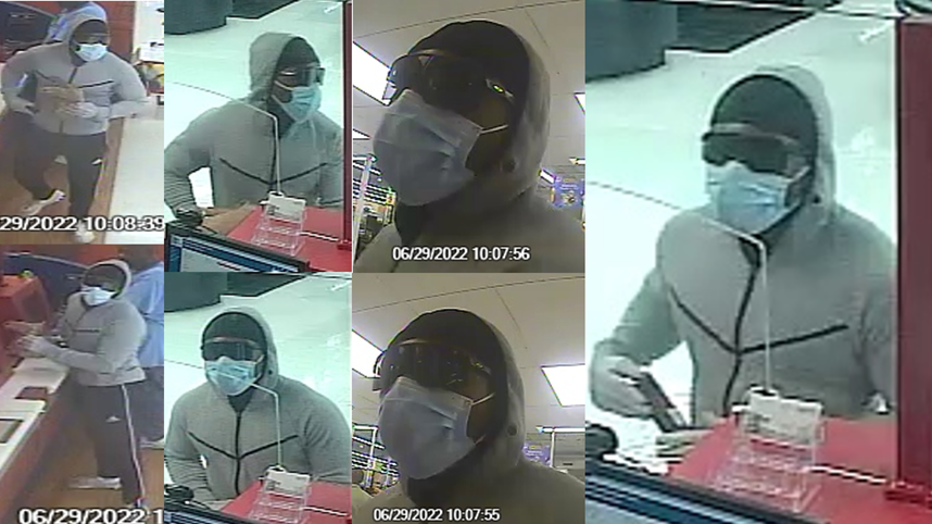 Police say the Houston Police Robbery Detectives with an FBI task force conducted an investigation where they identified Johnson Malik Johnson and charged him for the robberies.