Biden gives remarks at Made in America event

President Joe Biden joined with the CEO of technology company Siemens USA to announce a $54 million investment to produce equipment for the electrical infrastructure on March 4, 2022.

WASHINGTON - President Joe Biden has been pushing for more U.S. factory jobs — and he was joined Friday by the CEO of technology company Siemens USA to announce a $54 million investment in producing equipment for the electrical infrastructure.

The investment will lead to 300 additional jobs at locations in California and Texas, with existing workers from those facilities participating in the White House event by video.

Siemens USA CEO Barbara Humpton is among several manufacturing executives who've met with Biden in recent weeks to discuss their expansion plans. Humpton said the future of manufacturing needs to merge global innovation with local production to avoid the kinds of supply chain challenges brought on by the pandemic. It's a process that she called "glocalization."

Biden has leaned heavily into the manufacturing sector as a source for economic growth and national pride. The White House previously highlighted plans by Intel to open a $20 billion plant in Ohio and General Motors committing $7 billion to create 4,000 jobs for making electric vehicles in Michigan. 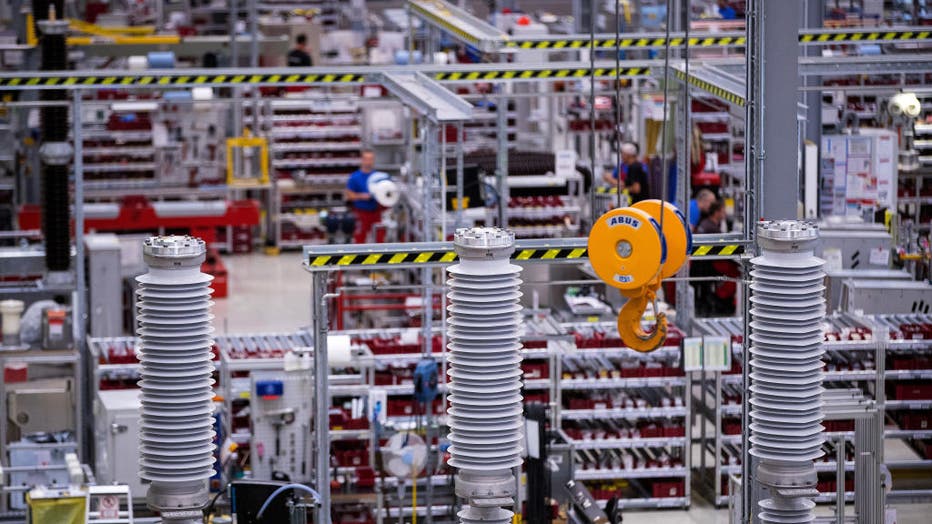 With supply chains squeezed after the COVID-19 outbreak, Biden is arguing that the return of factory jobs to the U.S. will help eliminate knots in the supply chain and keep inflation low.

Biden on Friday also announced details on a final rule tied to his "Made in America" executive order from January of last year. The rule will require that companies providing goods to the federal government have 75% of their product content made domestically to qualify by 2029. That's up from the prior level of 55%.