A Baytown police officer has been indicted in the shooting death of Pamela Turner in May 2019.

BAYTOWN, Texas - A Harris County Grand Jury has indicted a Baytown Police Officer for the shooting death of Pamela Turner. Last year, Officer Juan Delacruz was trying to arrest Turner outside her apartment complex, but the confrontation escalated and turned deadly. 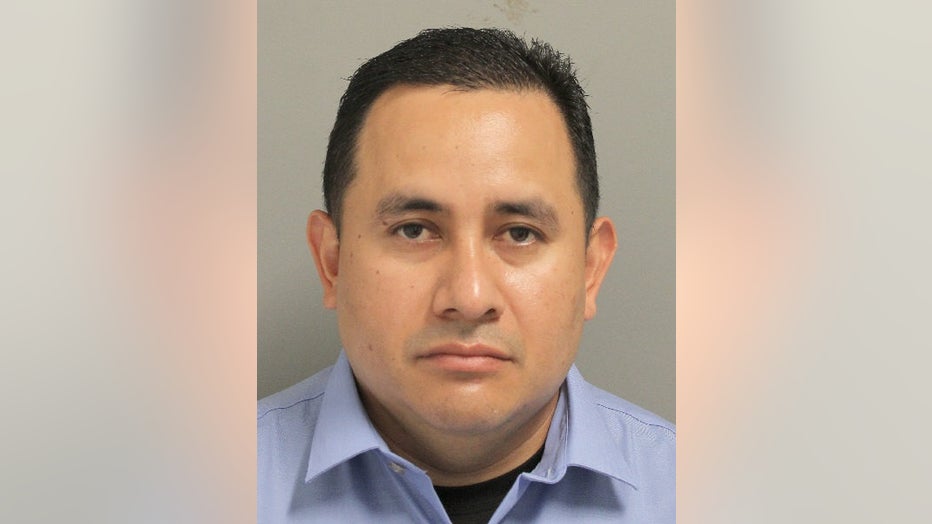 Delacruz is now being charged with aggravated assault by a public servant, a first-degree felony punishable anywhere from 5 years to life in prison.

“Pam Turner’s killing was a tragedy; it is important to acknowledge that her family and the community are in pain,” Harris County District Attorney Kim Ogg said.

On Monday, Lee Merritt, who is one of several attorneys representing the family, says they wish charges had come sooner, criticizing the delay it took prosecutors to present this case to a grand jury. The indictment comes 16 months after Turner's death.

Turner’s May 2019 death received local and national attention, after a video from a witness went viral

Officer Juan Delacruz had apparently been patrolling the area near the Brixton Apartments where 44-year-old Turner lived, when he attempted to arrest her for outstanding warrants.

A struggle ensued. Delacruz tried to tase Turner, but lost control. Turner then allegedly grabbed the taser and turned on him.

Delacruz is then seen on video drawing his weapon and shooting Pamela Turner multiple times, while she was on the ground, killing her.

Baytown Police Chief C. Keith Dougherty asked the Texas Rangers to lead the investigation and it was turned over to them.

When the Texas Rangers completed their investigation, they turned their findings over to the Harris County District Attorney’s Office for their review.

“Every aspect of the case was independently investigated by the Texas Rangers and our Civil Rights Division prosecutors. Ultimately, we presented all of the evidence to a grand jury that determined the Baytown Police officer should be charged with a crime for his actions when he shot Ms. Turner. We respect their decision and we will be moving forward with prosecution,” Ogg said.

Turner’s family has said previously, she struggled with mental issues.

"He antagonized her. He escalated the situation. He threw her to the ground. He tased her and then he lost control of his own taser. As a result of that, he opened fire on Pamela Turner That seems more like a fact pattern that’s consistent with murder in my experience," Merritt said.

Merritt believes the charges against Delacruz may have never happened had it not been for the nation’s renewed passion for racial justice.

"It’s a weird mix of relief and frustration for the family. There was a chance that there would be no road to justice for this family if the courts been closed to them. It doesn’t change the fact that they have been abandoned by their elected officials, by prosecutors for the past 2 years. That her life has been treated like it didn’t matter," Merritt said.

“Justice delayed is justice denied,” said Crump, “as a society, we must do better.” Crump was referring to the 16 months that passed before the homicide case was first presented to a grand jury. “Finally, Pamela Turner; her children, Chelsie Rubin and Cameron January; her sister, Antoinette Dorsey-James; and the rest of Pamela’s family, can receive the justice to which they are entitled,” noted Crump, “equal justice.”

“It cannot be disputed that when Delacruz shot and killed Pamela Turner, she did not possess a weapon capable of producing serious injury, let alone death, and due to the distance between Delacruz and Turner, she did not have the ability to cause Delacruz to suffer any injury,” commented Jacob, himself a former police officer.

“The force that Delacruz used was not objectively reasonable,” commented Jacob, “and the police chief and city acted with deliberate indifference when they cleared Delacruz of wrongdoing and returned him to the street.” “Attorney Crump and I will not stop until both Delacruz, the police chief, and the City of Baytown, are held accountable for their conduct.”

In a statement, Harris County District Attorney Kim Ogg said“Every aspect of the case was independently investigated by the Texas Rangers and our Civil Rights Division prosecutors. Ultimately, we presented all of the evidence to a grand jury that determined the Baytown Police officer should be charged with a crime for his actions when he shot Ms. Turner.We respect their decision and we will be moving forward with prosecution.”

Officer Delacruz is still employed by Baytown PD, although his police badge and ID are currently suspended.

The Baytown Police Department released this statement in response to Delacruz's indictment.

"We have faith and trust in our judicial system, and as we wait for this case to proceed through the legal process, we ask that our community continue to be patient and have trust and faith in those processes. We also ask that our community continue to have faith and trust in the Baytown Police Department and the dedicated, professional men and women who are committed to serving all members of our community with integrity, compassion and professionalism."

Delacruz is being given the opportunity to turn himself in so a judge can set his bail.