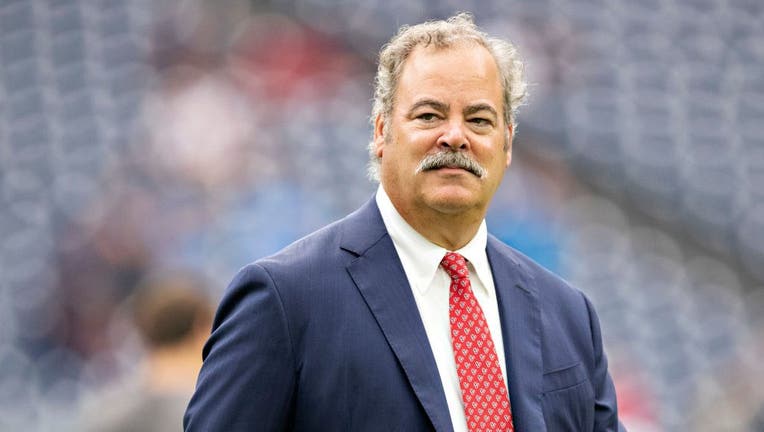 HOUSTON - Cal McNair, Texans chairman and CEO, has put together an impressive ad-hoc committee of consultants to help him and the Texans find a new general manager and head coach.

The ad-hoc committee will make recommendations to the Texans search committee which includes McNair, Texans president Jamey Rootes and Jed Hughes, a vice chairman of the search firm Korn Ferry, which is aiding the Texans in filling both positions.

“I’m very excited,” McNair said. “These guys are all so experienced and had a lot of success in the various areas they’ve been working and they all want to help and make the Texans the best we can be and it’s really quite a testament that they want to do that.

“I’ll be talking to them. Jamey and I will have conversations with them, get their ideas on how they see the landscape and try to put together the best group that we can.”

Dungy led the Indianapolis Colts to the championship in Super Bowl 41.

Jimmy Johnson led the Dallas Cowboys to back-to-back Super Bowl titles in 1992 and 1993.

Buford has been named NBA Executive of the Year twice and has won five NBA titles with the San Antonio Spurs.

Graves was the vice president of football operations (1997-2001) and general manager (2002-2012) with the Arizona Cardinals and then senior director of football administration with the New York Jets from 2013 to 2014.

McNair said the Texans had multiple internal discussions about getting the input they needed to make the best decisions possible.

“We have talked and debated about who we should visit with and these are the guys that kept coming up and we’re real excited to work with them.

“It’s meaningful to me and I think it’ll be meaningful to our fans and all the folks here in Houston and Texas who want the team to be great.

“It’s a relentless search for greatness is what we’re after, and these guys have gotten there and we’ll use some of their intuition and intelligence to help us get there as well. This search is going to be really, really exciting.”

McNair said he has already had conversations with the members of his ad-hoc committee with many more to come.