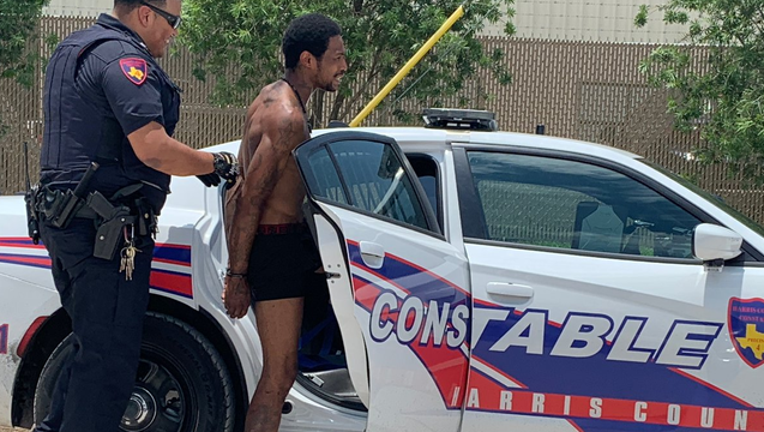 HOUSTON (FOX 26) - A man who robbed a gas station at gunpoint was located and arrested on Friday.

Police responded to a call on Monday to Ella Boulevard, where a man had broken into a building and stolen property. Surveillance video led them to suspect Esco Knighten.

Further investigation revealed that he was linked to an Aggravated Robbery at a Valero Gas Station on Kuykendahl Road. A photo spread was assembled and he was positively identified.

During his arrest, Knighten was not wearing any clothing except for a pair of underwear, for reasons police have not specified.