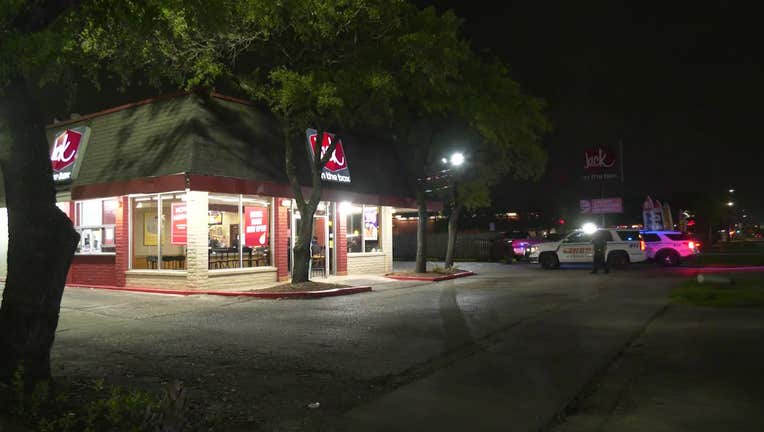 An argument in a Jack in the Box drive-thru in north Harris County ended with an employee shot, authorities say.

The shooting occurred around 10:25 p.m. Thursday in the 3700 block of Aldine Mail Route Road, near JFK Blvd.

The employee was transported to the hospital with non-life-threatening injuries.

According to the sheriff’s office, the people in a vehicle in the drive-thru were having an argument, possibly about sauce, with employees inside the restaurant.

One employee who was already off the clock was outside on the sidewalk. As the vehicle pulled out of the drive-thru, authorities say that employee and the people in the vehicle also argued.

The employee crossed the street, and at the same time, the vehicle tried to run him over, the sheriff’s office says.

Authorities say the argument continued, and a female passenger then pulled out a gun and shot at the employee.

The employee was shot in the hand.

The suspects drove away. Authorities have not released information on a suspect or the vehicle they were in.

MORE: Man shot in the chest in west Houston; police looking for suspect