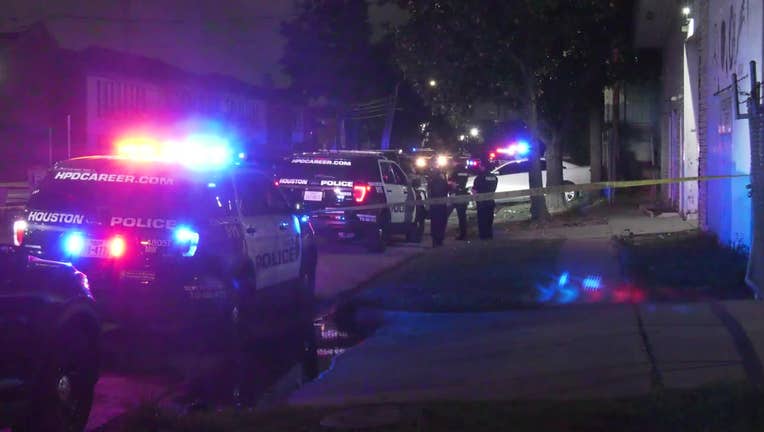 The Houston Police Department investigates a shooting on Crossview near Westheimer.

HOUSTON - Police are searching for a suspect after a man was shot in the chest in west Houston early Friday morning.

The shooting occurred around 2:30 a.m. in the 2700 block of Crossview Drive near Westheimer Road.

Police say the man was walking in the area after leaving a store when he saw the suspect. According to authorities, there was some confusion about someone owing someone money.

The man ran up on the suspect, police say, and the suspect turned around and shot the man.

The man was shot at least once in the chest. He was taken to the hospital and taken into surgery.

The suspect left the scene, but police say they know who he is. The investigation is ongoing.