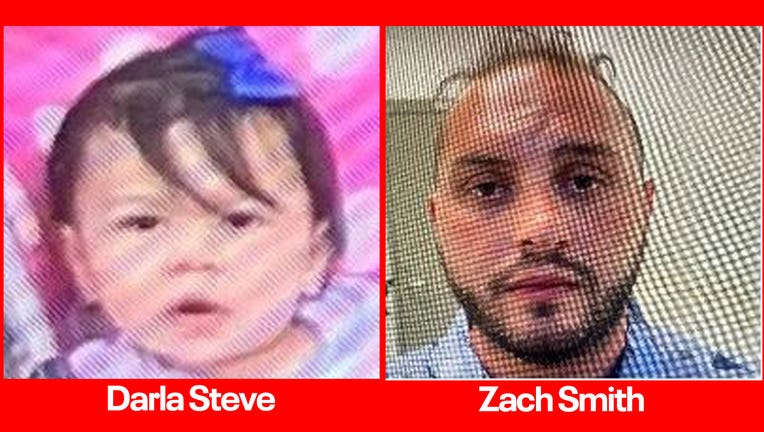 MIDLAND, Texas - An 11-month-old Texas girl at the center of an Amber Alert has been located.

Shortly after midnight Wednesday, the Midland Police Department said the girl had been reunited with family.

The alert was initially issued for Darla Steve on Tuesday evening, but officials said she had last been seen early Monday morning around 12:30 a.m.

According to the alert, authorities were also looking for 29-year-old Zach Smith in connection with Darla's disappearance.

Police did not provide any further details on how and where Darla was found.