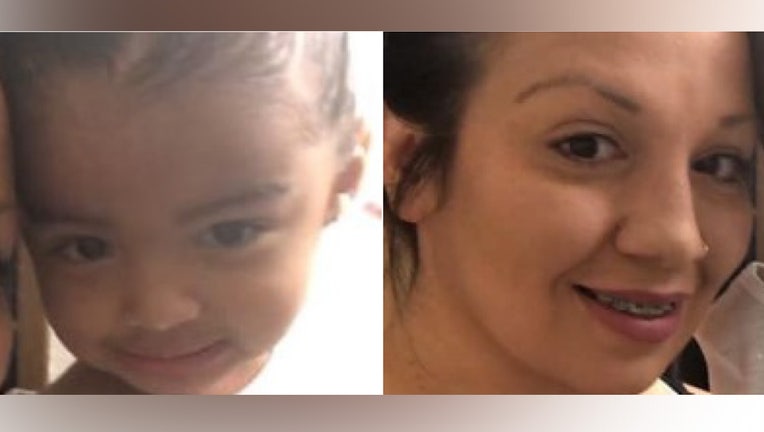 An Amber Alert has been issued for Audrinna Harding. The alert names Jessica Harding as a suspect. (Texas Department of Public Safety)

SAN ANGELO, Texas - An Amber Alert has been canceled for a 2-year-old girl who was reported missing from Texas.

The alert was issued early Friday morning for Audrinna Harding, 2. She had last been seen at 7 p.m. Thursday in San Angelo.

The Amber Alert named Jessica Harding, 31, as a suspect.

According to the Texas Department of Public Safety website, Audrinna has been found.

This story was reported from Houston.